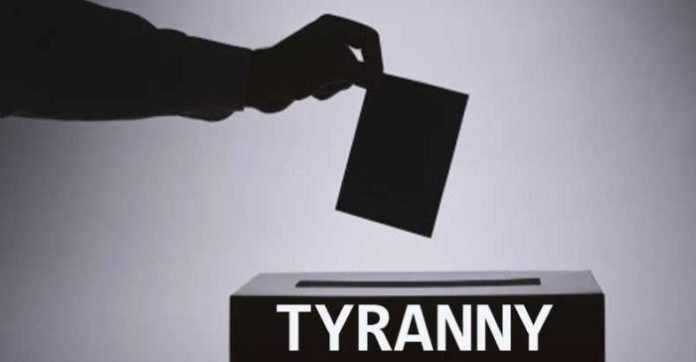 If the American people want confirmation that their political system is rigged, they need look no further than the 2016 elections. The aftermath of the U.S. elections was marred by allegations and counter-allegations of vote rigging.

The Green Party candidate, Jill Stein, requested for a recount of votes in two states: Wisconsin and Michigan. After the recount in Wisconsin, 131 additional votes were added to Donald Trump. The motive of the recount application filed by Stein is still unclear, as she later dropped the request. Probably, however, she realized Trump was going to get more votes if the recount continued in other states. Stein dropping the request is not even the bone of contention. The fact that the political leaders themselves have no confidence in a system they’ve created means a lot to the citizens.

Before the main elections in November 2016, there were similar accusations of voter fraud during the primaries to select nominees for the Democratic Party and the Grand Old Party. Rigged elections became the central theme of Trump’s campaign. Bernie Sanders, who contested for the Democratic Party’s slot, also expressed similar sentiments during his campaign. The only candidate who never mentioned voter fraud during the primaries was Hillary Clinton. However, after her defeat to Trump in the main elections, she pointed fingers at Russia.

In early 2016, before the general elections in the United States, a study conducted by Harvard University revealed the country is dead last in electoral integrity among established Western democracies.

The Electoral Integrity Project’s (EIP) 2015 Year in Elections report is an independent research project by 2,000 election experts from Harvard University and the University of Sydney in Australia, assembled to examine the world’s elections.

The EIP states that “the core notion of ‘electoral integrity’ refers to agreed international principles and standards of elections, applying universally to all countries worldwide throughout the electoral cycle, including during the pre-electoral period, the campaign, and on polling day and its aftermath. Conversely, ‘electoral malpractice’ refers to violations of electoral integrity.

The report gathered assessments from over 2,000 experts to evaluate the perceived integrity of all 180 national parliamentary and presidential contests held between July 1, 2012 to December 31, 2015 in 139 countries worldwide. These include 54 national elections held in 2015.

40 experts were asked to assess each election by answering 49 questions. The overall 100-point Perceptions of Electoral Integrity (PEI) index is constructed by summing up the responses. The Scandinavian countries of Denmark and Finland topped the list in the West, possessing the best electoral systems. Some observers say the United States should learn how to clean the rot in its electoral system from the Nordic countries’ examples.

In 2016, a study conducted by the Reuters news agency revealed that 51% of United States voters believe the country’s voting system is rigged. The study was conducted via an online poll between the dates of April 21 – 26 and consisted of approximately 2,215 people – 1,582 of which were Americans. According to the results, when presented with the question “Agree or disagree: The current system of presidential primaries and caucuses are ‘rigged’ against some candidates?” 47.5% of people agreed. 23.6% disagreed with the statement and 28.9% were undecided or did not have an opinion for or against. Overall, 51% of American voters, who were prepared to vote in the 2016 general elections, believe that the system as a whole is rigged. This article (Harvard Study Ranks United States Worst in the West for Fair Elections) is a free and open source. You have permission to republish this article under a Creative Commons license with attribution to the author and AnonHQ.com.