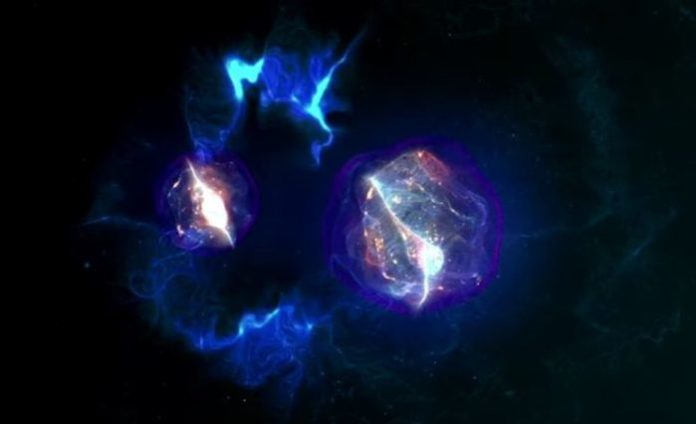 At the beginning of the last two centuries, if somebody had predicted it possible to turn hydrogen into a metal, the scientific community would most likely have responded that it would involve pseudo-scientific methods.

Alchemy, which is the medieval forerunner of chemistry, concerned with the transmutation of matter, in particular, with attempts to convert base metals into gold or find a universal elixir, would have fit into the process of turning hydrogen into a metal. Although modern day chemistry developed from alchemy, it is considered a pseudo-science because of its seemingly magical process of transformation. Robert Boyle produced hydrogen gas in 1671 while he was experimenting with iron and acids, but it wasn’t until 1766 that Henry Cavendish recognized it as a distinct element, according to Jefferson Lab. The element was named hydrogen by the French chemist Antoine Lavoisier.

Many observers have criticized researchers at NASA, accusing them of deliberately keeping hydrogen fuel from the public because of its threat to the oil industry. It is believed if hydrogen fuel becomes a conventional fuel; the oil industry will collapse, leading to humanity’s total energy freedom from fossil fuels. However, it appears as though we are yet to fully explore the uses of hydrogen. More details about the element are emerging, however, with a particular discovery that is mind-blowing.

Researchers from Harvard University have announced they have successfully created a metal from hydrogen. Professor Isaac Silvera and Dr Ranga Dias made the breakthrough discovery. Their study has been accepted into the journal Science.

According to experts, what the researchers have succeeded in creating is probably the rarest, and possibly the most valuable material on the planet so far.

From a theoretical point of view, metallic hydrogen could completely revolutionize technology, enabling the creation of super-fast computers, high-speed levitating trains and ultra-efficient vehicles, as well as dramatically improving almost anything involving electricity. The metal could also allow humans to explore outer space with the highest efficiency and easiest approach. The researchers said they placed a thin metal gasket between two flat-tipped diamonds. The gasket holds the hydrogen in place between the tips as the diamonds are cranked together. At the moment, the tiny piece of metal can only be seen through two diamonds that were used to crush liquid hydrogen at a temperature far below freezing. The amount of pressure needed was immense – more than is found at the centre of the Earth. The sample of the metal has remained trapped in this astonishing grip, but the researchers plan to carefully ease the pressure.

However, some researchers are skeptical about the work. According to the Science Magazine, the dispute arises because high-pressure hydrogen experiments are hard to pull off and even harder to interpret. The skeptics therefore suspect the researchers might have employed some form of alchemy in their work. In fact, some critics of the discovery have even theorized that metallic hydrogen will be unstable on its surface and so would gradually decay. But the researchers refuted the alchemy suspicion and the unsuccessfulness of the metal. According to one theory, metallic hydrogen will be stable at room temperature – a prediction that Professor Silvera said was “very important.”

“That means if you take the pressure off, it will stay metallic, similar to the way diamonds form from graphite under intense heat and pressure, but remains a diamond when that pressure and heat is removed,” he said.

The researchers said all their attention is now concentrated on making the metal they have created, to possess the properties of a theoretical hydrogen metal. Hydrogen metal is theorized to be a super-conductor, and could dramatically improve anything that uses electricity.

The researchers wrote: “As much as 15 per cent of energy is lost to dissipation during transmission, so if you could make wires from this material and use them in the electrical grid, it could change that story.”

“It takes a tremendous amount of energy to make metallic hydrogen. And if you convert it back to molecular hydrogen, all that energy is released, so it would make it the most powerful rocket propellant known to man, and could revolutionize rocketry. That would easily allow you to explore the outer planets.  We would be able to put rockets into orbit with only one stage, versus two, and could send up larger payloads, so it could be very important,” Professor Silvera said. Currently, the researchers are experimenting to see if their discovery is stable at normal pressures and temperatures. If this experiment proves successful, the world will be home and dry on this one. It would usher humanity into the next step of empirical and observable knowledge in the scientific community.

But we should exercise caution in celebrating what the researchers have achieved. What we should be thinking now is their safety. Groundbreaking discoveries like this pose threats to conventional corporations and even some governments. Don’t forget that all the people who invented water-powered cars either died under strange circumstances or were forced to end their inventions. Therefore, let’s be vigilant. Always pray for researchers and scientists whose main goal is to make our planet a better place!

This article (Modern-Day Alchemy: Researchers Turn Hydrogen into Metal in a Stunning Discovery that Could Revolutionize Technology and Spaceflight) is a free and open source. You have permission to republish this article under a Creative Commons license with attribution to the author and AnonHQ.com.