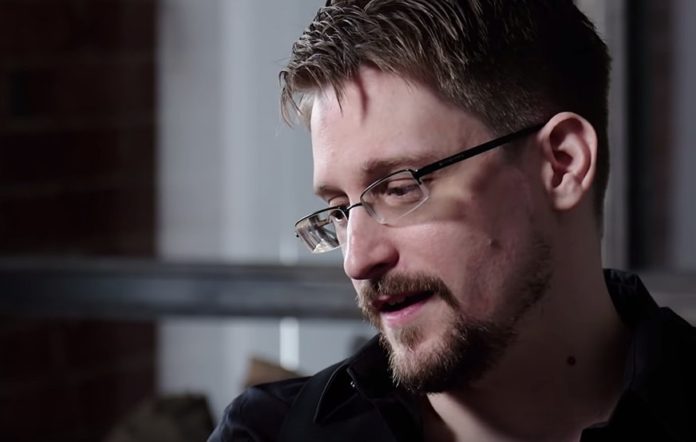 The whistleblower publishes his memoirs – and has a clear goal.

Edward Snowden was 30 when he left all that he wanted to warn the world of Big Brother and mass surveillance. Now the NSA whistleblower, who has been living in exile in Russia since 2013, is back in office. And his latest warning sounds no less impressive, on the contrary: our open societies and democratic countries are more endangered than ever.

Below are some key statements from an interview that the Scottish “Guardian” journalist Ewen MacAskill had with Snowden in Moscow a few days ago. The two of them know each other from that historic summer when Snowden denounced the most powerful intelligence agencies and revealed the extent of their spying on a hotel room in Hong Kong with the help of US investigative journalist Glenn Greenwald.

Snowden about Trump and dangerous times

“We have entered a time when people are more interested in emotions than in facts. And this is a dangerous moment for the democracies. Because people believe that once we reach and build a free and open society, it will stay that way and will always be there. But the reality is that things can regress very quickly. We’ve seen democracies broken in just a few years. ”

Snowden on climate change and other dangers

“If our political systems are distorted to deny our influence, if our economies are designed in such a way that we do not have equal opportunities to benefit, then we need people who understand these issues, and who are ready to do something and even to give up something to change this problem. That is what we are dealing with in the climate debate. That’s what we’re fighting on so many fronts. ”

What he wants to achieve with his book …

“Yes, people can believe that mass surveillance is wrong, yes, people can believe that climate change is a huge threat, not just to the future of a country, but to the planet. But believing in something is not enough, you have to be prepared to stand up for something if you want it to change. And that’s what I hope. That this book helps people to decide for themselves. Are you ready to change something? »

On Tuesday, the 36-year-old NSA whistleblower’s book will be published. Its titled “Permanent Record: My Story.” Snowden tells in detail how he stole top-secret data, according to media reports, but also a lot from private telling (which is very unusual for him) and details from his time as a CIA agent.

How it all began

Edward Joseph Snowden, abbreviated to Ed, was born in 1983 in Elizabeth City, North Carolina, and grew up in the shadow of the NSA headquarters in Fort Meade, Maryland. As a trained systems engineer (without a degree) he worked for the CIA and later the NSA. He has received several awards for his service to the public, including the Right Livelihood Award (Alternative Nobel Prize) for Creating a Better World, the Whistleblower Award of the Association of German Scientists, the Ridenhour Prize for Truth-Telling and the Carl von- Ossietzky medal of the International League for Human Rights. In the US Snowden is searched by warrant.