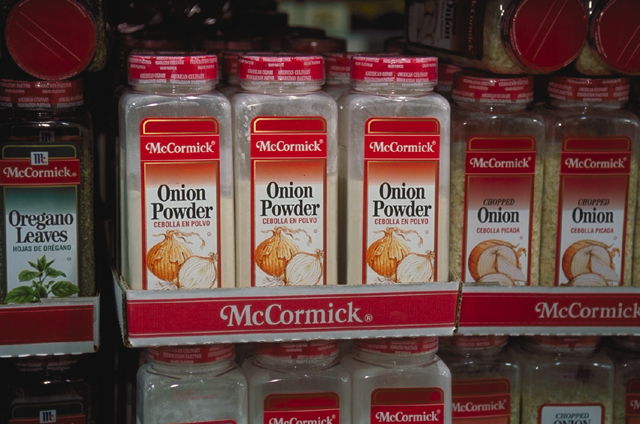 McCormick & Company, the largest spice company in the world, has announced plans to “take a leadership position in Organic and non-GMO herbs and spices. The company, which also announced the induction of a Non-GMO labelled Vanilla Extract, is aiming to significantly increase their range of Organic and Non-GMO products in 2016.

The company’s decision to join the clean food movement is in response to the growing popularity of Organic and Non-GMO foods. The recent increase in food-conscious shoppers has resulted in the steady growth of companies such as Simply Organic.

“Our consumers are increasingly interested in quality flavors with pure ingredients in their food,” said Lawrence Kurzius, McCormick’s President & Chief Operating Officer.  “Our effort to increase our Organic and Non-GMO offerings proves that we are listening to consumers and are committed to continuing to evolve.”

According to a news release published on the company’s website, around 80% of McCormick’s will meet the new standard. Additionally, the company has also stated that over “70% of all McCormick branded herbs, spices and extracts in the U.S. will be labelled Non-GMO.”

The move, which is the first announcement under McCormick’s new quality consumer education initiative, has reportedly been made to help prevent competitors stealing the McCormick’s market share.  As outlined in the news release, a Non-GMO Vanilla extract is set to be the first of these new products to hit stores and has already begun shipping.

“The announcement comes ahead of the peak fall cooking and holiday season where consumer usage of herbs, spices & extracts as key ingredients in recipe favorites increase,” states the news release.

This Article (Herbs and Spices Global Leader To Go Organic and No-GMO) is free and open source. You have permission to republish this article under a Creative Commons license with attribution to the author and AnonHQ.com.