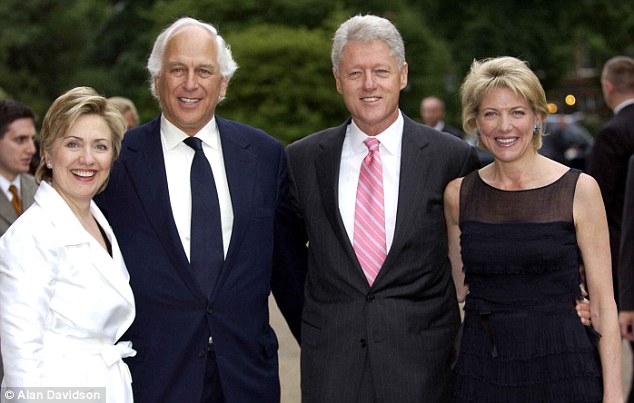 “I was trying to reach you to tell you and Teddy that I asked Tony Blair to go to Israel as part of our full court press on keeping the Middle East negotiations going…” It is one of the many emails between Hillary Clinton and the de Rothschild family, displaying Clinton’s admiration for the power elite. According to The Free Thought Project, who discovered this connection, WikiLeaks’ trove of personal emails sent from her personal server provides hints at a potential “Rockefeller-State partnership.” Clinton’s unwavering admiration for the families, and emails between her and Lynn Forester de Rothschild offer an insight into their partnerships.

The Rothschild banking family respond to Clinton’s arrangement for Blair to go to the Middle East in 2010, saying, “You are the best, and we remain your biggest fans.”

In another email, months prior to this, Lynn Forester Rothschild wrote Hillary Clinton saying she’d “love to catch up” – and “I remain your loyal adoring pal.” Clinton responds with a “let’s make that happen,” but admits to a busy schedule.

It doesn’t stop there with only personal niceties. An email dated March 10, 2012, details a Rockerfeller-State partnership, with an insight into Clinton’s future.

“I forgot to tell you that Judith Rodin offered you a suite of offices after you leave State for your own use at Rockefeller Fdtn, if you’re interested –with no strings attached. She also said they’d be happy to provide you with a month at their center in Bellagio if you just want to read and write in a beautiful place.”

Nothing within the emails is overly-damning. But, it does offer an insight into Clinton as the favorite of two elite families, giving some credence to the ‘chosen candidate’ theory, that the FreeThoughtProject discusses.

The emails also show content about media, and content control. One email in particular stands out, discussing a day-in-the-life article to sway readers with ‘fluff’ material – between L F de Rothschild and Clinton.

“He said he would give you a veto over content and looked me in the eye and said, “she will like it.” Maybe you know this, but did not want it to fall between the cracks. Enjoy your vacation and love to all of you.”

This article (WikiLeaks’ Clinton emails show Rothschild, Rockefeller Partnership) is a free and open source. You have permission to republish this article under a Creative Commons license with attribution to the author AnonWatcher and AnonHQ.com.