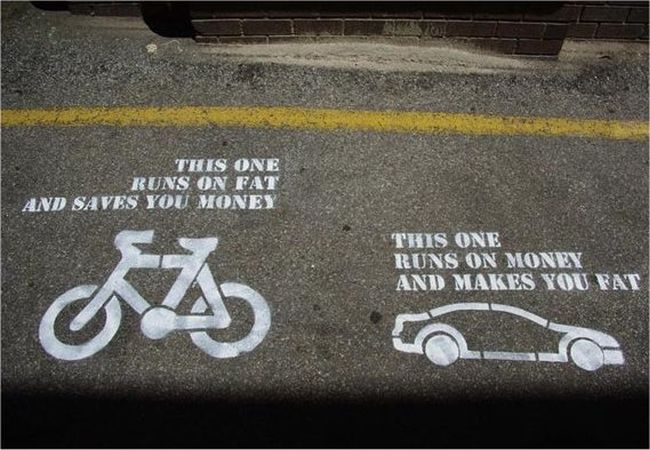 A new study, Transport transitions in Copenhagen: Comparing the cost of cars and bicycles, by Stefan Gossling from Copenhagen’s Lund University and Andy S. Choi from the University of Queensland, has found that it’s six times more expensive for society, and for individuals, to travel by car instead of cycling.

In the comparative study, Stefan and Andy used a cost-benefit analysis to calculate how much cars cost society and how they compare to bicycles considering road wear, air pollution, health, congestion, noise, travel route and climate change, to conclude that cars have a greater negative impact on the economy than bicycles. If the costs to society and the costs to individuals are added together, the cost of driving a car is more than six times higher (Euro 0.50/km) than cycling (Euro 0.08/km).

The study concluded that if we only look at costs/benefits for society, one km by car costs Euro 0.15, whereas society earns Euro 0.16 on every km cycled. The societal benefits of cycling in Copenhagen, which calls itself the city of cyclists, are estimated to be 228 million Euros per year.

“The cost-benefit analysis in Copenhagen shows that investments in cycling infrastructure, and bike-friendly policies are economically sustainable and give high returns,” said Gossling. Other studies also show that bicycle commuters are healthier, more productive, and require less time off work. A 2014 Canadian study also found that commuters who walk or bike to the office reported higher levels of satisfaction than those who drive. Economic instability and climate change are just two of the many reasons riding a bicycle is a superb alternative to driving.