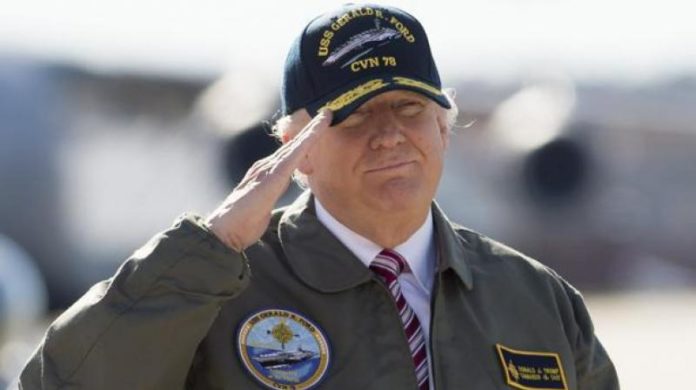 (ANTIWAR) The House of Representatives today voted 371-48, with massive majorities in both parties, in favor of another $578 billion military spending bill to cover the remainder of fiscal year 2017. The bill now moves on to the Senate, where it again is expected to easily pass.

The exact meaning of the figures is a little difficult to understand this time around, because Congress had already passed a military spending bill for fiscal year 2017 back in December, which was $611 billion. That bill was only ever intended to be a fraction of what was to be spent, aiming to give way to a second “emergency” bill before April, which is today’s bill, which would cover the rest of the year. That said, there is a lot of overlap between the two and the overall budget is not just a matter of adding the two together.

Indeed, the $578 billion one voted on today probably will be bigger by the time it gets signed, with President Trump seeking to add another $30 billion, which is meant to be a first step toward what he promises will be a 9% increase in spending in fiscal year 2018.

The new bill intends $516 billion for “basic” military requirements, which is more than double any other nation on the planet’s spending, and also includes about $62 billion in additional spending for America’s assorted wars and occupations.

The only potential obstacle in the Senate is from the usual hawks like Sens. Lindsey Graham (R – SC) and John McCain (R – AZ), for whom any military budget, no matter how substantial its growth, is much too small, and doesn’t include nearly enough new wars to appear sufficiently patriotic.