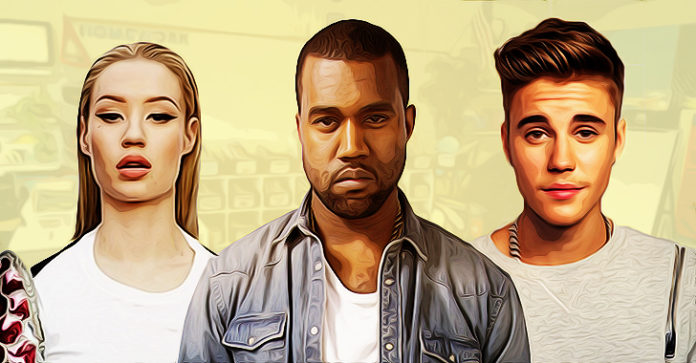 A recent study served to confirm the patently obvious: song lyrics for the most popular genres of music are ridiculously obtuse — and getting worse over time. Though this might not be a revelation, the figures are distressing indicators of both an intellectually vapid societal and cultural future as well as its apparent inevitability.

If you’ve already moved away from Billboard music, congratulations, you refuse to be insulted. But if you haven’t, or if you’re concerned about pop culture trends acting as portents of systemic dysfunction, you should probably pay attention. Andrew Powell-Morse of SeatSmart studied the “Lyric Intelligence” of 225 Billboard songs in the Pop, Country, Hip-hop, and Rock genres that spent three or more weeks parked at the top of the charts to analyze any changes over the course of ten years. And change there was.

Ten years ago, the most popular songs read between a third and fourth grade level, but the inanity only increased with time, and after a five-year downward tumble ending in 2014 (the last year of the study), chart-topping hits had a reading level equivalent to second or third grade. Broken into genres, the levels measured just 2.6 for Hip-hop/R&B, a tie of 2.9 for Rock and Pop, and faring best was Country at 3.3 — though declaring a winner in this insipid race to the bottom seems somewhat defeatist. Even further to that point, the most intellectually stimulating song, Blake Shelton’s Country hit “All About Tonight”, measured just 5.8, while wading deeply into the ludicrous was Three Days Grace’s “The Good Life”, at a level equivalent to 0.8 — begging the question, did they have to try to craft lyrics a kindergartner could easily read?

So how did this happen and why is it getting even worse? For the sake of brevity, this is a systemic issue being reinforced across the board by pandemic anti-intellectualism. Some have argued there is no harm in a bit of mindless distraction, but this is incontrovertibly false. When just six corporations control 90% of the media, and 80% of radio stations have identical playlists, mindless content isn’t a choice — it’s a virtual mandate. In this self-propelled cycle of banality, the conglomerates dictate content to be promoted by radio, which in turn pushes it endlessly, creating a false perception that what is being played is due to listener demand. But this insidious marketing ploy is more akin to kidnapping and is every bit as dangerous.

There is a dearth in music options over the airwaves, so when vacuous lyrics are foisted on listeners, they become captives under duress. It is scientifically proven that flexing the intellect can slow cognitive decline, but there has been a cultural shift away from stimulating thought in favor of homogenization and living for the moment, and empty radio content is both symptom and reinforcement of that trend. Society is focused on entertainment, materialism, and self-promotion, and when coupled with a need for instant gratification, it’s really no wonder we’re in such a sorry state. Occasional forays into mindless distraction would be understandable and harmless if they were just forays, but the foundation is faulty due to a sharp decline in quality education at every level.

Education has become the highest form of indoctrination with teachers forced into regurgitating information so their students can pass tests rather than become innovators and original thinkers. And who could blame them? Currently, they’re held to the ridiculous system where their performance is ranked, and salary determined by how those students perform on standardized tests that are, themselves, flawed. As Randi Weingarten, the president of the American Federation of Teachers, put it, “This country has spent billions on accountability, not on the improvement of teaching and learning at the classroom level.”

An education system based almost solely on taking tests is not only intellectually dimming, it’s stressful — instructors doling out the tests are given a set of instructions for what to do when students vomit on their test booklets. All of this is designed to send students to college where the situation is perpetuated. According toCatherine Liu, a film and media studies professor at the University of California, “We don’t educate people anymore. We train them to get jobs.”

From a political standpoint, all this ‘dumbing down’ makes sense: indoctrination creates obedience. If music and culture focus on mindless diversion, and education lacks, well, education, then people lack the acuity necessary to question the absurdity of the system. Those who manage to liberate themselves from this mold and have the gumption to question official authority will find a cozy spot on the government’s watch list. So while we bemoan our country’s lack of intellectual prowess, it isn’t by a failure of design.

The author of aptly titled Idiot America, journalist Charles Pierce, thoroughly summed up the issue this way:“The rise of idiot America today represents–for profit mainly, but also and more cynically, for political advantage in the pursuit of power–the breakdown of a consensus that the pursuit of knowledge is a good.”

Unfortunately, if the lyrics study is a prognostic omen, the epidemic of idiocy will only get worse.

This article (How Popular Music’s Lyrics Perpetuate American Idiocy) is free and open source. You have permission to republish this article under a Creative Commons license with attribution to the author and TheAntiMedia.org. Tune in! The Anti-Media radio show airs Monday through Friday @ 11pm Eastern/8pm Pacific. Help us fix our typos:[email protected].