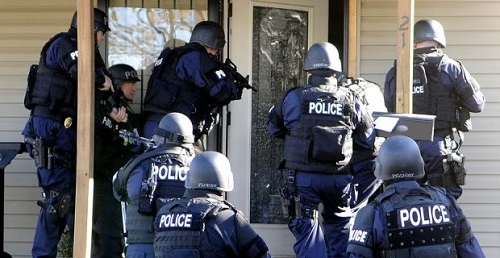 It’s the middle of the night. You hear rustling outside and grab your gun, in fear that someone is about to break in. Sure enough, your door cracks open and you pull the trigger. Next thing you know, you are the one behind bars awaiting trial and maybe even a life sentence. Unless you are in Indiana, that is.

In 2012, the Indiana Legislature passed a law making it legal to shoot police who enter your home unlawfully. Or more accurately, if the person reasonably believes that the police have entered unlawfully and they themselves are acting to prevent imminent unlawful force, then they have a right to defend themselves.

This is quite an about-face for Indiana, in particular. In 2011, an Indiana Supreme Court decision concluded that citizens had no right to resist entry into their home, unlawful or otherwise. The court stated “We believe…a right to resist an unlawful police entry into a home is against public policy and is incompatible with modern Fourth Amendment jurisprudence.” In other words, even if the entry is illegal, you do not have the right to stop it.

Justice Steven David continued to state “We also find that allowing resistance unnecessarily escalates the level of violence and therefore the risk of injuries to all parties involved without preventing the arrest.” The court would prefer you just accept the illegal entry and file a complaint later. From a strictly legal perspective, this argument would appear to be an accurate assessment. However, the court fails to take into consideration the elephant in the room: The Public’s awareness of unlawful police violence.

SWAT teams have more often than not lately, demonstrated overly aggressive behavior, even if they are not in the right house. Police violence is at an all time high in the U.S. and it would not be outrageous to think that if you see police entering your home, that you are probably going to die. Indiana’s decision at the time seemed logical, but this was before the increase in awareness of police misconduct and violence, which was undoubtedly part of the reason for Indiana’s change of heart. Another reason for the change was the amount of backlash the state received for “gutting the Fourth Amendment.” The new constitutional amendment went into place shortly after the 2011 Supreme Court decision.

Police organizations challenged the law, stating there are already protections in place for police criminal activity. They cite the Exclusionary Rule, which normally throws out any illegally collected evidence, but their argument doesn’t hold up. The recent SCOTUS ruling on the Utah v. Friess case throws out that aspect of the Exclusionary Rule. Their argument also doesn’t acknowledge that victims of unlawful police force usually aren’t around to file a complaint later. While this law isn’t embraced by everyone and rejected in its entirety by law enforcement, it is a step in the right direction that other states should take note of.

This article (Indiana Law Allows Citizens to Shoot Cops) is a free and open source. You have permission to republish this article under a Creative Commons license with attribution to the author and AnonHQ.com.