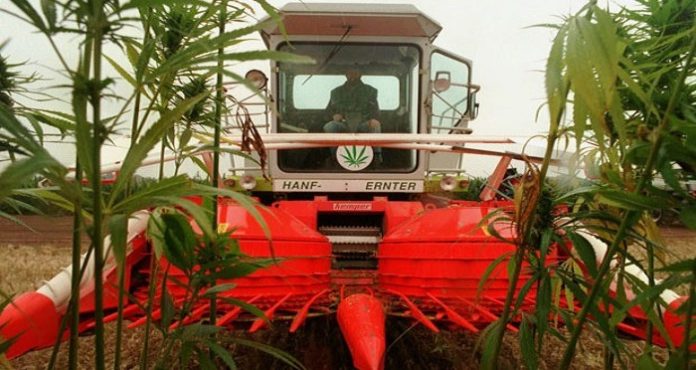 While cannabis is getting all the attention in the news lately, industrial hemp has seemingly been left out of the conversation. The Virginia state House of Delegates sent a message to the federal government and the world. With a 98-0 victory, industrial hemp was legalized throughout the state. House Bill 699 modified an already existing state law and in doing so removed a provision that made farmers receive federal permission before obtaining licensing for their farm. Hemp as a textile is anything but new. It has been used around the world for thousands of years. It has been illegal in America, along with marijuana, the psychoactive version of the plant. While cannabis is used not only for medicine but recreationally, hemp does not share the same properties. It is however a phenomenal fiber that can be used for rope, cloth, plastic,a new form of concrete called hemp-crete, and fuel. It is one of the most versatile plants in the world. Hemp was a profitable crop for many years, however large scale harvesting became difficult. Companies started to turn to other resources for the same products hemp could produce. By the 1930s, a hemp harvesting machine was patented which could increase hemp production ten fold to the average farmer. Unfortunately for hemp, large companies who had turned to trees and oil for their products had a reason to want hemp outlawed.

The 1937 Tax Act which made marijuana illegal also took hemp along for the ride. At this point, the big corporations like DuPont who were in bed with the government and the Federal Bureau of Narcotics, made sure hemp as a resource was dead. This is no conspiracy theory. President Hoover appointed DuPont money man Andrew Mellon to the position of Secretary of the Treasury. Mellon proceeded to install his nephew Harry J. Anslinger to the top spot in the Federal Bureau of Narcotics. At that point it was easy for Anslinger to unleash a propaganda campaign against hemp, demonizing it like marijuana.

A video about hemp from the Virginia Industrial Hemp Coalition.

Virginia is not alone in their rebellion against hemp prohibition. They are joined by Colorado, Oregon, Vermont, California Alabama, Pennsylvania and North Dakota, who have all passed laws allowing for the growing of industrial hemp. The Federal Government isn’t all that opposed to hemp production in the future. In 2014, Obama signed into law the Farm Bill which had a provision written by three Democrat Representatives. Rep. Jared Polis (Co), Rep. Thomas Massie (Ky) and Rep Earl Blumenauer (Ore) drafted a provision which would allow for colleges and research centers to grow and research the plant without having to worry about federal intrusion.

In reference to Virginia’s bill, “In short, this would cut the federal government completely out of the state’s hemp policy, as it should be” stated Mike Maharrey of the Tenth Amendment center, a constitutional state’s rights advocacy group. The final obstacle for Virginia’s industrial hemp bill is a pass through the state Senate. With a 98-0 victory in the House,however, it should not face significant opposition when it goes to the floor of the Senate.