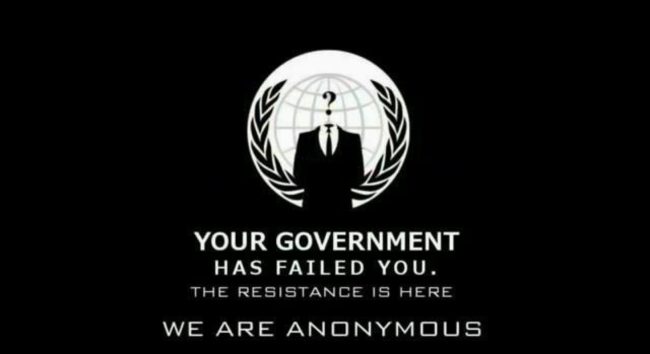 From the perspective of an Anonymous member who has spent portions of the last year involved in #OpISIS, let’s say I have seen hundreds of ISIS propaganda websites, hundreds more ISIS social media accounts and even interacted with alleged ISIS members online. Given my experience, what would I know about ISIS that the average sheep in western society does not?

The Islamic State is an end times cult movement.

I know the term ‘end times’ is thrown around YouTube, Hollywood and the media at large a lot these days, but the Islamic State is the real deal. These people are literally trying to manifest the end of the world, as prophesied by both Islamic and Catholic scripture, through the influence/manipulation of real world events.

ISIS is trying to create a self fulfilling prophesy.

The end times of the Koran and Bible are already well laid out: there is a road map of sorts to be followed, and as far as the members of the Islamic State are concerned, lets just get it over with already, and make it happen.

According to the Islamic State, as prophesied, the final seven years of the end times began 2015 and will conclude in 2022.

“See, Damascus will no longer be a city
but will become a heap of ruins.
2 The cities of Aroer will be deserted
and left to flocks, which will lie down,
with no one to make them afraid.
3 The fortified city will disappear from Ephraim,
and royal power from Damascus“

You catching the drift yet?

This is not some made up Hollywood movie, or some conspiracy blog on the Internet – this is real life – this stuff is actually happening right now. The Islamic State is not alone in believing it is the end times, and before you go ahead and say this is strictly an Islamic movement, consider the fact that 40% of Christians also believe we are living in the end times.

For the sake of covering all our bases, lets take the Kurdish figure of 250,000 and put this into perspective for people to understand. According to widely cited global figures, there are around 1.2 billion Muslims on Earth – including Iraq and Syria.

Doing the math for yourself, this means at their height, according to the CIA and intelligence communities around the world, members of Islam who follow of the Islamic State religious caliphate ideology make up fractions of one percent of all the Muslims on Earth.

Lets look at it from a different angle, shall we?

In nearly 3 years, the Islamic State has not been able to capture Baghdad, and in 2016, their numbers/territory in Iraq and Syria are both declining significantly. To give you some more perspective, when the United States invaded Iraq in 2003, they captured Baghdad in 4 days!

The Islamic State has no air force, no navy, and it is not a serious threat to overtake any country – not even Iraq and Syria.

Many Americans will then argue, well just look at the lone wolf attacks in the United States – in Orlando and San Bernadino… People will point to these attacks as a reason to fear Muslims, to go to war and to ban Muslims from entering the United States, in the future.

To those people I respond with this: white people born inside the United States kill more American citizens inside the United States than Muslims do every single year. That is just the fact of the matter at hand, but unfortunately, more people will become angry at me for saying this out-loud, than the fact the statement is actually true. Therein lies the true problem.

The role of the main stream media in shaping public opinion.

Listening to Glenn Beck, Sean Hannity, or watching Fox News every-night, you might actually come to believe that every immigrant is a possible member of ISIS; that Muslims are out to invade our countries and kill us all.

Listening to Donald Trump and conservative politicians, you might actually believe that the United States is under some sort of attack, that the War is already at our doorstep – and for this reason, you must support the United States going to war in return! Still following?

If you are a typical uneducated American conservative, you eat this sh!t right up. America, fu*k yeah! Who gives a sh*t about anyone outside of the US borders; lets go to war and blow up the World! Woo-hoo!!

Did you see the video of Damascus above? Have you seen Homs or Aleppo? Do you actually believe the war is in the United States or even close to our doorstep? Did you read the statistics above, that there are only tens of thousands of ISIS members left, and the minuscule fractions of 1% of all Muslims on Earth follow Islamic State ideology… but we need to ban 100% of Muslims from our countries?

You are going to have to decide for yourself: is hatred, xenophobia, violence, extremism and war going to be the future of this world? When you go to the voting booth this fall, are you going to put your name next to voting for this war?

You know who else wants this war? The Islamic State. Do you really want to have that in common with them?

Despite however strong your misplaced nationalistic pride may be, American soldiers fighting in war are not heroic for “serving their country,” they are blood hungry human beings out to kill other human beings – same as anyone else in any side of a war. Some of these US politicians, including the Bushs’, are some of the most blood hungry people on this Earth.

The Islamic State wants war; wants non-Muslims to hate all Muslims; wants armies to invade their countries and kill more of their people/Muslims. After all, you cannot have an “End Times War” if there is no war to begin with – or no one to fight in it, for that matter. One of the core tenants of Islam is that a Muslim can not go to war unless war has been declared upon them.

ISIS loves Donald Trump and the American politicians above, ISIS takes all their statements about going to War with Islam, and then turns around with these same clips and says see, look! The US has already gone to war in the region. Millions have since been killed. The US invaded our land in 2001 and this is still not enough for them? The US is only planning to bring more war and destruction.

American conservatives think they are being tough and strong, dare I say, righteous? They are completely clueless about the way in which they are leading people towards extremism with their words. War in the Middle East is exactly what has led to ISIS in the first place!

People flock to fight for ISIS because they are angry and traumatized. All they have known in their life is misery, death, and destruction. For some young people in the region, war is all they have seen and experienced in their short lives. Again, in accordance with Islam, a Muslim cannot go to war unless war has been brought upon them – and it was the US who first brought a war and chaos to these countries.

To defeat ISIS, what people in the Middle East need is hope for a better future – not more bombs and declarations of war. There is nothing positive about war; I don’t care what you think you are fighting for. War has consumed the Middle East for ages (literally), and a new war in 2017 will accomplish nothing more than greater tragedy and greater loss of life.

In 2008, George Bush finished his term with the lowest approval rating of any President in history, for his war in the Middle East. In 2016 Donald Trump says “we need to go to Iraq and take the oil” because “we did not take it last time” and is met with cheering crowds?

ISIS wants an End Times War, and unfortunately, the United States appears all too eager to provide it.

What a shame this world is, will humanity never evolve?

This article (Inside OpISIS – What is ISIS and What Doesn’t the Media Tell You) is a free and open source. You have permission to republish this article using a creative commons license with attribution to the author and AnonHQ. Join the conversations at www.anonboards.com.