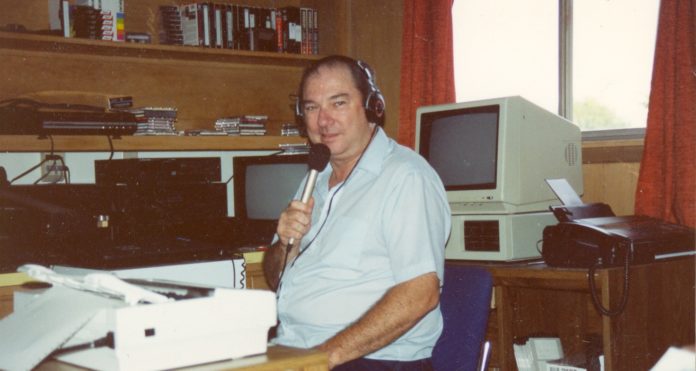 Milton William Cooper, or Bill Cooper, as he was most often referred to, was a radio broadcaster and author, and as many would describe him, a conspiracy theorist and “militia theoretician,” (Paul, 2000, p. 352-353). Cooper spoke of a number of topics—from the origins of HIV/AIDS to the U.S. government’s involvement with extraterrestrials—and made many predictions, all of which earned him a fair amount of criticism. There is one prediction Cooper made that, despite your stance on his beliefs and claims, came to pass: The events on September 11th, 2001. Many refute this with the old “9/11 truthers are just crazy” argument, but there are many who believe Cooper’s prediction directly caused his death.

Cooper came from an Air Force family, served with the Strategic Air Command, U.S. Air Force, and later had an eventful career in the U.S. Navy. During this time, he held quite a few positions, including the Office of Naval Security and Intelligence, as well as serving on the Intelligence Briefing Team for the Commander in Chief of the Pacific Fleet. At the CINCPACFLT Command Center at Makalapa Hawaii, he held Top Secret, Q, SI, security clearance, according to his biography at his official website.

The book, Behold A Pale Horse, which reveals government documents that had been top secret since the 1940s, became an underground best seller, winning Cooper recognition around the world as people of all races, religions, and nationalities promoted the book by word-of-mouth. He was also an internationally acclaimed radio personality, broadcasting the Hour Of The Time on WBCQ twice a week.

Cooper’s death has sparked heated debate and controversy as it happened soon after 9/11 (November 6th, 2001), and many of the details were not released in the media, who portrayed him only as a renegade militia leader. Most sources are quick to point out that Oklahoma City Bomber, Timothy McVeigh, was a fan of Cooper’s, yet they leave out that Cooper had ran McVeigh off his property, and that even some of Cooper’s critics state it’s slanderous to connect the two. To say the topics Cooper discussed were controversial is an understatement, however it cannot be denied that like nearly everyone who steps forward with controversial evidence and is later found dead, the circumstances are concerning.

This Article (Bill Cooper’s 9/11 Prediction and Death) is a free and open source. You have permission to republish this article under a Creative Commons license with attribution to the author and AnonHQ.com.