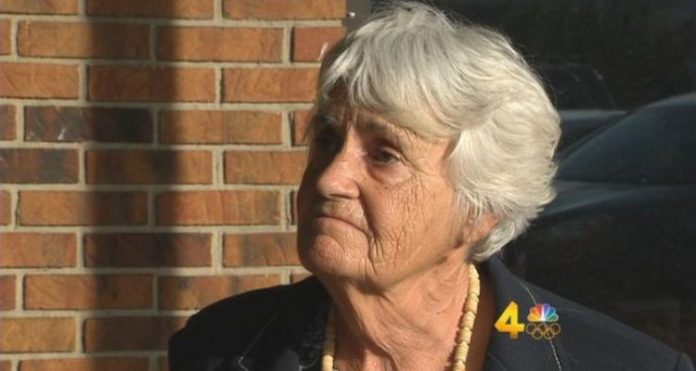 Investigators in the landlocked state of Tennessee, United States, have said they have discovered more than 180 marijuana plants in the home of a 77-year-old woman who is hoping to enter Congress in the upcoming general elections in November.

Flo Matheson is hoping to be the Democratic nominee for Tennessee’s 6th Congressional district. The seat is currently occupied by the Republican Party member, Diane Black.

On her campaign team’s Facebook page, Matheson describes herself as the person who can change Tennessee.

According to the account of the story, investigators from the Crossville Police Department served a search warrant at Matheson’s home on May 13, suspecting that she possessed marijuana in her home. In Tennessee, if a person is found in possession of marijuana, and it is the first time they have been caught with the drug, the person can be sentenced to one year of supervised probation. However, possession of half an ounce or more is an automatic felony charge.

After the search, the police said they found an indoor growing operation with more than 180 marijuana plants in a barn behind Matheson’s house. Also, investigators revealed they also discovered about 2 ounces of marijuana, cash, and a gun.

When Ms Matheson was questioned about the items found, she admitted to owning the two ounces of marijuana, the cash, and the gun. However, she told investigators that the marijuana plants do not belong to her. According to Matheson, the plants belong to a man named Stephen Harrington. Matheson had permitted Harrington to stay in the barn. Matheson said Mr Harrington is a disabled veteran who would fix things up around her house. She also said she accommodated him because he was homeless and had nowhere to sleep.

Matheson further explained that since she accommodated Mr Harrington, she never went back to the barn, and therefore never saw the plants.

“He was now a disabled vet; he was homeless and penniless. I had never seen them. I never went back there,” Matheson said about Mr Harrington, and the discovery of the plants.

She boldly revealed that she smokes marijuana, and expressed that making the plant illegal to people is a very bad law. Matheson then went on to urge that marijuana laws need to be reviewed in Tennessee, as its legalization will allow people to make use of the plant’s benefits.

Despite breaking the law, Matheson is very confident. Kxan.com quoted her as saying: “I smoke marijuana. I’m guilty, I did it. I really don’t regret that this happened. It’s been a life changing experience for me and in that it has made me more defiant and determined to try and get these laws changed.”

Since the news broke, Ms Matheson has gained local media prominence. She has since made marijuana laws part of her campaign message.

Matheson is now campaigning, and telling people who doubt her leadership, that there is nothing wrong with breaking a bad and inimical law. She has also disclosed how often she smokes marijuana.

“I guess I would say I smoke it about 2 or three times a week. I do. But, I tell ya I don’t feel that bad about breaking a bad law,” Matheson said.

Marijuana activists have commended Matheson for her bold admission. Activists say Matheson is following a famous quotation which has been attributed to Thomas Jefferson –“If a law is unjust, a man is not only right to disobey it, he is obligated to do so.”

This Article (Investigators Discover 180 Marijuana Plants At A 77-Year-old Congressional Candidate’s Home In Tennessee) is free and open source. You have permission to republish this article under a Creative Commons license with attribution to the author and AnonHQ.com