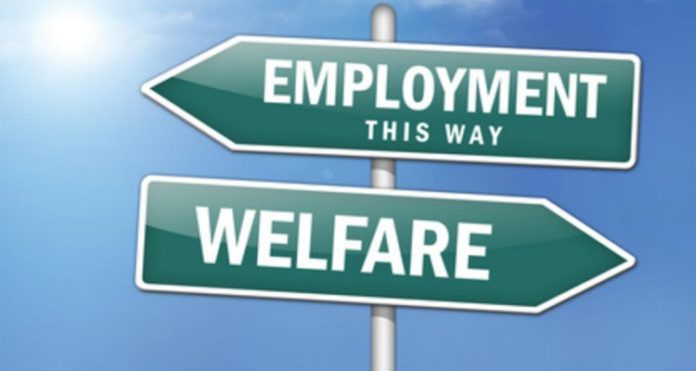 Once again, politicians in the United States are at each other’s throats over the administration of the current welfare system in the country. The issue has created a divide between the two leading political parties in the country.

At a recent Ways and Means Committee hearing by members of the House of Representatives, lawmakers from the Grand Old Party (GOP), also known as the Republican Party, argued that the nation’s current welfare system is keeping Americans trapped in poverty.

The committee was reviewing the last 10 years of the current welfare system. Those serving on the committee are said to be tax leaders of the respective political parties. The Committee on Ways and Means is the chief tax-writing committee of the United States House of Representatives. Due to the critical nature of the committee, members serving on the committee are not allowed to serve on any other House committees unless they apply for a waiver from their party’s congressional leadership.

At the hearing, the Republicans expressed their dissatisfaction with how the welfare system is being implemented by the current administration. Citing a chart depicting the expansive number of programs, the Republicans argued that the system needs to be streamlined to prevent fraud. They stated unequivocally that the United States is currently paying people not to work.

Kevin Brady, a GOP lawmaker for Texas’ 8th congressional district, said in his opening statement: “The current system is a disjointed maze of more than 80 different programs that have been layered on top of one another with little regard for coordination, duplication, or purpose. For decades, money has been thrown blindly at this system, without a genuine regard for effectiveness in actually delivering real results. This approach lacks compassion and respect for American families trapped in poverty.” Mr Brady also serves as the chairman of the committee. Under the current system, the Republicans said many people are staying on welfare because they receive more money through government subsidies than through a low-paying job.

However, as the debate on the issue went on, it quickly turned into a typical political debate. The Democrats began to hit back when they realized that the GOP members were not seeing the positive aspects of the current system, which is being implemented under the Obama Administration.

The Democratic Party’s member from Washington, Jim McDermott, said the criticisms by his colleagues on the other side of the political divide are unfair to the current administration.

He stated that there are many examples of the welfare system helping people climb out of poverty, including former Democratic Rep. Lynn Woolsey of California, who managed to go from being on food stamps to being elected as a member of Congress.

“There are people for whom those programs work, I mean we are acting like it doesn’t work anywhere,” Mr McDermott hit back at the GOP members.

But there was one committee member who realized that the debate had turned into GOP-Democrat politics, which made the whole discussion lose its significance. That person was the Republican Representative from Washington, Dave Reichert. Mr Reichert expressed his disappointment, and said his fellow committee members were looking at the issue through their political lenses. He said politics needs to be put aside in order to get people the help they need to move up on the social ladder.

The Welfare system in America was pioneered by President Franklin Delano Roosevelt, who served from 1933 to 1945. President Roosevelt focused mainly on creating jobs for the masses of unemployed workers at the time.

This Article (True Or False? : GOP Politicians Reveal Welfare Policy Has Trapped Many Americans In Poverty) is free and open source. You have permission to republish this article under a Creative Commons license with attribution to the author and AnonHQ.com