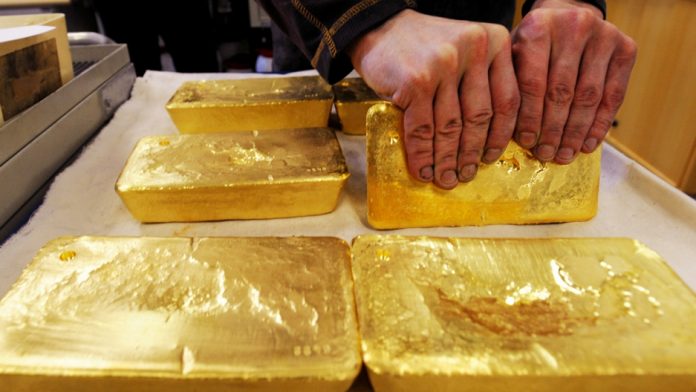 (Zero Hedge) Does China believe that we are on the verge of a major global crisis?  The communist Chinese government has always been very big into planning, and it appears that they have decided that now is the time to hoard food, gold and other commodities.

Of course in recent days the fact that China is completely cutting off U.S. agricultural imports has made headlines all over the globe, but at the same time China is dramatically increasing the amount of food that it is importing from the rest of the world.  The end result is actually a substantial surge in Chinese imports, and this is starting to show up in the official numbers.  For example, we just learned that Chinese soybean imports in July were actually up 8 percent compared to last year…

China’s soybean imports in July rose 8% from a year earlier, to their highest level in almost a year, customs data showed on Thursday, as importers increased their purchases of Brazilian beans on higher crush margins.

As I discussed the other day, China had already been drastically reducing soybean imports from the United States even before this recent announcement that U.S. agricultural imports were being cut off completely.  So American farmers were definitely not benefiting from this Chinese import boom, and now that China has decided not to buy any of our crops it is going to be a  “devastating blow” for our farmers…

With China officially pulling out of buying U.S. agricultural products, American farmers are losing one of their biggest customers. It could be a devastating blow in an already tough year for crops and commodity prices. It may also dent U.S. gross domestic product and hurt companies like Deere, whose business is directly tied to farming in the Heartland.

“Sales have already been lower this crop year because of the existing tariffs. If we went all the way to no China exports whatsoever, that would of course result in even larger market and price impacts,” said Pat Westhoff, director of the Food and Agricultural Policy Research Institute at the University of Missouri. “Cutting China completely out of the market would be a very big deal.”

Needless to say, China has had to turn to other sources to supply their needs, and last month we learned that China had decided to substantially increase wheat and soybean imports from Russia…

China has approved wheat imports from the Russian region of Kurgan, the Chinese customs office said on Friday, bringing Russia a step closer to its goal of dramatically increasing grain exports.

It also approved soybean imports from all parts of Russia, the General Administration of Customs said in a separate statement on its website, having all but halted U.S. soy imports as the trade dispute between Beijing and Washington deepened.

This is yet another sign that Russia and China are drawing closer, and this is something that we have been anticipating.

Meanwhile, China is also hoarding gold.  In fact, July was the eighth month in a row in which the Chinese increased their reserves…

The purchase is another signal from China that it’s gearing up for a prolonged trade conflict with the US. Gold serves as a historic safe-haven investment, and its price typically rises when markets and other currencies see increased volatility or prolonged weakness.

In addition, Bloomberg is reporting that Chinese commodity purchases of all types were very, very strong in July…

Commodity purchases by China rebounded strongly in July. Imports of soy to coal and crude oil gained, signaling demand in the world’s biggest buyer remains solid even as a trade spat with the U.S. escalates.

So why are the Chinese suddenly stocking up on everything?

Well, the truth is that the answer to that question is quite obvious.  The trade war between the United States and China is rapidly escalating, war in the Middle East could erupt at any time, the global economy has been steadily slowing down, crops are failing all over the planet, and everywhere we look we seem to see rising political instability.

In fact, we even see it in China’s own backyard.  After weeks of unprecedented political protests in Hong Kong, it looks like we could be right on the verge of a brutal crackdown.  The following comes from the New York Post…

After eight weeks of huge Hong Kong street protests against Beijing’s rule, the People’s Republic is massing police and soldiers just across the border. Message: If the protesters don’t quit, a bloodbath is coming.

Beijing has also started denouncing the protests as the work of American provocateurs. That’s so the regime can paint its Tiananmen Square-style crackdown as a battle against “foreign influence,” not a smashing of Chinese people who decided all on their own that they’d rather be free.

The relative stability that we have been enjoying for the past several years is ending, and it appears that the months ahead could potentially be quite chaotic.

Normally I would never suggest that anyone should emulate the Chinese government, but in this case they appear to be doing the wise thing.  Now is the time to get prepared for what is coming, because the road ahead promises to be quite tumultuous.

Most people don’t realize it, but U.S. relations with China have already passed the point of no return.  Things are going to become increasingly tense between our two nations, and that is going to have very serious implications for all of us.