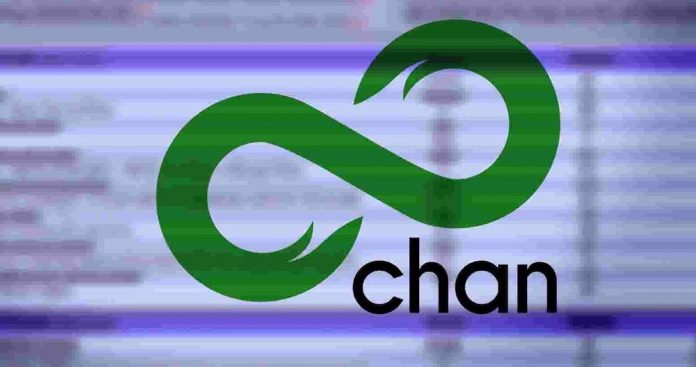 Authored by Kit Knightly via Off-Guardian.org

8chan may have been shut down, but that doesn’t mean we’re safe.

We should all be terribly worried.

At least, according to The Guardian, who headline today:

First off, of course, 8chan was not a “far-right site”, it was a site with some “far-right” people on it.

There are hundreds of boards on 8chan, with thousands upon thousands of different posters. Boards could be created by anyone to discuss anything.

The vast majority were dedicated to perfectly ordinary topics. Video games, fashion, cars, movies. There were many much more specific, fetishy, niche and weird…but not “far-right”. The site didn’t have an ideology except “free speech”.

The general shifting of “free speech” from something we all take for granted to being described as a “far-right agenda” is one of the most worrying trends in modern politics.

The article is actually funny, not least for the total lack of web literacy on display:

This is simply ridiculous to anyone who knows anything about the nature of 8chan et al. There are no “members”. That, indeed, is the whole entire point of the place. It is anonymous and temporary. No usernames, no registration, no “membership”.

The press has a long history of simply not being able to grasp the way the internet works (as in the famous “Who is this 4chan?” CNN interview or Fox’s “internet hate machine” piece), but this is such basic ignorance of the topic at hand that I almost can’t believe it’s genuine.

Indeed, it might not be. It might be that portraying “8chan” as some sort of organized community plays into the media’s need to generate fear. This generates, “the problem”, which sets us up for…

Having established that 8chan’s “far-right” “members” are out there in the ether, being terrifying, the article needs to get some feedback on what that means.

To do this they go to two “consultants”:

They are portrayed as two essentially different voices, as if we’re getting a spectrum of opinion. But the most cursory check on Donovan and Decker shows they are both research fellows at the Shorenstein Institute of the Kennedy School of Government. They aren’t separate. At all.

(NOTE: In fact, Memetica, Shorenstein, and other NGOs currently talking up the need for internet censorship are a ripe subject for a full-on exposé, and will be in the near future)

Not at all surprisingly, being research fellows for the same institute at the same university, Decker and Donovan absolutely agree on pretty much everything.

Primarily, that shutting down 8chan was a really good idea, but won’t – on its own – solve the “far-right” problem.

Apparently, all the people that posted on 8chan will NOT flee the internet forever, but will now just go and post somewhere else. Why anyone would need two Harvard-trained academics to tell them this, I don’t know.

Where will they go?

For some reason, Gab is a real bugbear for centrists, being regularly attacked simply for existing. Its one claim to infamy is that the Pittsburgh synagogue shooter apparently had a Gab account…this, apparently, makes it a far-right social network.

Niche and independent networks are always attacked by-association in this way. The Dayton shooter and “MAGABomber” both had twitter accounts, and the Christ Church attack was live-streamed on Facebook…but they are not shut down.

Having established that shutting down 8chan was brilliant, but more is needed, our two NGO representatives set out what else needs to be done:

One way to prevent 8chan users from migrating to alternative social media spaces like YouTube and Facebook would be to build a moat around the platforms to prevent inbound links from these sites,”

This is total, complete nonsense. 8chan is gone, so “preventing inbound links” from it is now moot. Secondly, users don’t click from 8chan to YouTube, or Facebook or whatever. That’s not how the internet works. This would never control users crossposting, or prevent people having different accounts on different platforms or anything like that.

All this would do is prevent people from linking to sources. It stops the flow of information, not users. If Ben is really a “social media consultant”, he knows that. He’s just dishonestly suggesting censorship on totally spurious grounds.

There is an inherent value in deplatforming the site as a whole and making it harder to be accessed because the nature of these communities makes it difficult to inoculate the spread of this toxicity.”

Just “deplatform” websites “as a whole” if they are “toxic”. That’s the solution. Who decides what’s “toxic”?

Well, obviously the government does. Duh.

That’s just the start though. Whilst these Harvard academics give us the problem a reaction and just a hint of “solution”, elsewhere on the Guardian we are presented with a full, detailed (final?) solution.

Julia Ebner – another researcher for yet another creepy-sounding NGO the “Institute for Strategic Dialogue” – headlines:

How do we beat 8chan and other far-right sites? The same way we beat Isis

Essentially, as CJ Hopkins has written, this is just a rebranding of the War on Terror for a modern age. More like a remake, actually, to use Hollywood parlance. The same themes, the same characters. New dialogue. Different casting.

Bellingcat got in on this one too, hosting an article claiming:

Until law enforcement, and the media, treat these shooters as part of a terrorist movement no less organized, or deadly, than ISIS or Al Qaeda, the violence will continue.

(NOTE: The ISIS comparison is more than apt. Now would be a good time to remember just how phony and manipulated the ISIS narrative was. Catte did excellent work on this.)

Julia writes that what we need is:

a stronger international response to condemn political rhetoric that belittles, legitimises or even endorses the dangerous concepts and conspiracy theories of far-right extremists.

Translation – Governments cooperating to suppress free speech. “Conspiracy theories” can, and will, mean absolutely anything they want it to mean. The DNC fixing the primaries for Clinton, for example. Or the Skripals being poisoned by MI6. Press bias against Corbyn. Criticism of Israel, or even mentioning the “Labour Friends of Israel”. These can all be defined as “conspiracy theories”.

On top of this Julia wants:

an international definition of terrorism that is ideologically agnostic and includes not only traditional jihadi organisations but also loose far-right networks.

Translation – An international definition of terrorism that is loose enough to be deployed against anybody for anything.

“Terrorism” will become even more absurdly vague than it is now. These “loose far-right networks” will mean “anybody who posts on Gab”, or “anyone who thinks 9/11 was an inside job”. Joining certain Facebook groups, visiting certain websites (there was actually a meme about this one). Watching RT. She says “loose”, and she means it.

It will shock you how “loose” these networks are. You’re probably in one, right now, just for reading this article. Welcome to our “loose network of far-right extremists”.

…governments will need to look beyond the big tech platforms and introduce legal frameworks that tackle the ongoing migration of extremists to the smaller alt-tech sites.

Translation – Banning certain opinions from the big platforms that cooperate with the state is not enough. We then need to move against the smaller, independent platforms that – unlike Google, Facebook and Twitter – refuse to toe the party line.

Censor Twitter, and shutdown any platform – like Gab or Parler – that attempts to fill the “free speech” market niche. The state machine will love that, because it gives it control of narrative and information flow, while the social media giants will love it because it essentially writes their monopoly into law. That’s a massive win-win.

The establishment is signalling intent here – the way they always do when these opportunities are either presented to them, or created by them. Harness that fear, sense the opening, and drive the push through.

Q: What do you call one website shut down for allowing free speech?

A: Just the beginning.