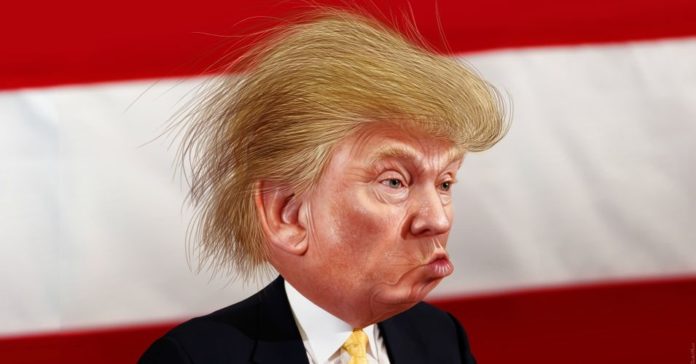 In a week, the new US administration has passed sweeping abortion funding bans, silenced the EPA to the point of introducing a media blackout on the organization and the Department of Agriculture; journalists have been arrested because they were present during a protest at the inauguration; and construction of ‘The Wall’ is now in the process of being ordered.

Executive orders are being passed hand over fist, a promise that the administration did make to its voters – no former domestic policy is safe from the administration’s scrutiny. And rightly so. It is the President’s job to examine every detail available to them. With an unbiased approach, something vital to the role.

The President needs to enforce policy for the people, not for the traditional ideals of thy self. The President represents freedom and safety, security and fairness; lady liberty and the scales of justice…the First Amendment must be protected at all costs.

These aren’t make believe ideals – they’re real – albeit rare creatures that have barely existed in the 21st century and this week, they’ve been listed as critically endangered.

This isn’t about Republican versus Democrat any longer: if either party introduced these executive orders, they would equally be under scrutiny. This isn’t about Trump or Obama – this is about us: the citizen in the US and the citizen standing on the international stage. This is about the ramifications of the next President for the world and for our rights and for our freedom. Good and bad.

A lot of media are quick to label the newly elected US administration. The Trump administration isn’t Fascist in its truest definition, but nor is it Conservative or Liberal. It’s a mix. The Corporatism is a concept of Mussolini’s Fascist Italy, offering an alternative to Capitalism: direct political control over industry and organized labour. Trump’s proposal of a trillion dollars into infrastructure, according to sociology professor William Robinson, is a “proposal to privatize public infrastructure,” including education and social security.

“Trump and more generally the transnational capitalist class seeks to place downward pressure on wages in the United States in order to make U.S. workers “competitive” with foreign workers. The downward leveling of wages across countries and the “race to the bottom” has been a general tendency under capitalist globalization that Trumpism certainly intends to continue, now through a discourse of making the U.S. economy “competitive” and “bringing jobs back home,” Prof. Robinson says.

This may be the path taken, but is yet to be witnessed.

Then you have Racialism – the inferior race such as the Mexicans – and the key concept of religious prejudice against Muslims. Islamophobia is no different to anti-Semitism (Christians vs. Jews) – it still segregates those practicing a specific faith. [2]

Other concepts of Fascism are national greatness; state worship; chauvinist nationalism; pragmatic anti-Semitism (insert anti-Muslim) [3]; futurism/modernism amongst others. These aren’t my explanations, these are text book descriptions found in Andrew Heywood’s Political Ideologies. [4]

The silencing of our media? The rhetoric that precisely differs from past far-right candidates, closely lurking towards fascist temptations? Policy that dictates a government without limitations?

Where is the empathy, compassion and equality? What brought us to this point?

Past governments provided economic instability for the middle and lower classes. Security issues were heightened. Voters sought out the anti-establishment figure outside the system’s reach. But Trump is none of this. Without global capitalism – and free trade – his billion-dollar business deals would cease to exist.

The emergence of a 21st century fascism is a response to the crises of global capitalism. The manipulation of social anxiety, elitism, racist scapegoating of minorities help to establish the basis of fear.

The United States isn’t fascist yet, and it can be abated. For now, we have a transnational capitalist bloc dangerously toeing a fine line.

This article (Is Trump’s Administration Fascist or Simply Hardheaded? You Decide.) is a free and open source. You have permission to republish this article under a Creative Commons license with attribution to the author AnonWatcher and AnonHQ.com.