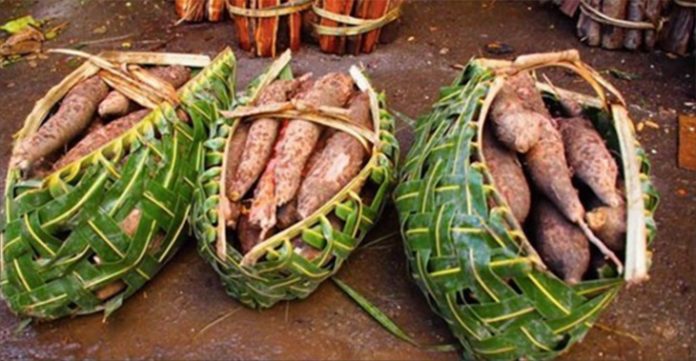 By: The Mind Unleashed

Torba in Vanuata (spread out over about 13 islands) has a population of about 10,000 people, many of whom are farmers, but tourist spots have been providing both locals and tourists in the area convenience foods instead of the fruits and vegetables that are grown locally. Obesity rates in the Pacific Islands have been sky-rocketing as well, causing an additional financial burden.

To combat this effect, tourist bungalows and city meetings alike will now serve fresh limes and coconuts, seafood, and other local, healthy delicacies.

“We want to ban all other junk food from this province,” Luke Dini, a city council’s chairman said.

The province only gets about a 1,000 tourists a year, mostly Europeans, but the current food choices are ruining local health. Vanuata is also only one area in the Pacific that is affected. There are about 10 million people throughout the Pacific, and the rates of diabetes and obesity are becoming absurd. The area simply can’t afford dialysis machines and other treatments for the growing epidemic.

“Imagine if 75 million Americans had diabetes — that’s the scale of the epidemic we’re talking about in Vanuatu,” commented Roger Magnusson, a professor of health law and governance at Sydney Law School in Australia.

Experts say that the rising obesity rates in the Pacific Islands are primarily due to a shift away from the culture’s typical diet of root crops, toward sugary high-calorie foods instead.  This has happened in almost every culture that shifts toward the Standard American Diet. Even in places where people often live past 100, the newer generations – who consume a diet more like Americans – are dying younger, and getting sick sooner. It has happened to Native Americans, tribes throughout Central and South America, and almost everywhere in the world where people started eating “Unhappy Meals” instead of their local cuisine.

The people of the Pacific traditionally eat:

Let’s hope that the new junk food ban will help people return to a non-Westernized diet, and regain their health.