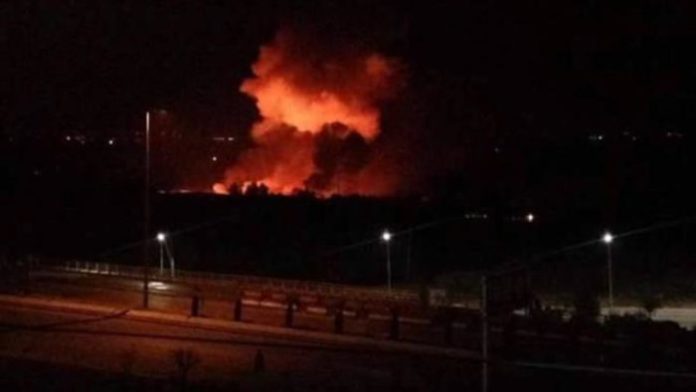 Now that Donald Trump has become the Commander-in-Chief of the United States, it means the so-called moderate rebels in Syria would no longer get the support they received from the previous administration.

The United States and its allies opposing the legitimate Syrian government of Bashar al-Assad refer to the rebels fighting to topple the government, as moderate rebels. But of course, there is evidence suggesting that these United States-backed rebels are nothing more than terrorists. Many of these rebels are in alliance with the so-called Islamic States of Iraq and Syria, al-Qaeda, and other extremist groups in the Middle East. If the United States and its allies in the Middle East are truly fighting terrorism, why are they backing these Syrian rebels who have links to well established terrorist groups? For the first time since the end of the Cold War, the Russian Federation challenged the United States. Russia’s intervention in the Syrian war neutralized the United States backed-rebels. The Syrian government has now regained control in key areas that were lost to the rebels. It looks as though it’s a ‘mission accomplished’ for the Russians in Syria. Russia recently announced that it is scaling down its military operation in Syria because the war seems over.

However, as Russia has helped the Syrian government to achieve this huge success, some countries supporting the rebels are obviously unhappy how the ‘game’ is ending this way. One such country is Israel. In fact, it was the priority of the current Israeli government to see the fall of the Syrian government. It covertly and overtly, like the United States, supported the rebels with weapons and funds, thus fueling the war.

Now that the Syrian waters are calm, Israel has just demonstrated its commitment to supporting terrorists in the Middle East. It has attacked a legitimate Syrian government airbase to aid the weakened rebels’ momentum.

The Syrian Armed Forces has announced that the Israeli Defense Force (IDF) has bombed one of its strategic military bases in the capital, Damascus.

The army said several missiles were fired at the Mezzeh airport’s compounds from the Lake Tiberias area in northern Israel, occurring around 12am on Friday, Jan. 13. The Mezzeh airport is located west of Damascus, just 5 kilometers from the Presidential Palace, the official residence of President Assad.

The strike reportedly damaged the compound of the facility. Syrian state media failed to disclose whether there were casualties from the strike, but it did reveal that the base houses the country’s elite Republican Guards and Special Forces. The airbase has been the base of operations for targeting rebel positions in the suburbs of Damascus since the beginning of the war in 2011, making it an important military installation in the country.

State television further added that the IDF also used fighter jets in the attack, revealing Israel’s intention is to weaken the Syrian military in support of the numerous terrorist groups in the country.

The attack was widely shared on social media. Footage appeared on Twitter, from journalists and activists monitoring the situation in Syria. The footage showed sounds of explosions and fire at the scene of the attack. Even some rebel groups said rockets were used in the IDF attack.

The Syrian military said Israel attacked the airbase without any provocation whatsoever. A senior commander in the Syrian army told state television that there will be serious consequences for Israel’s “flagrant attack” on the country’s military facility. He also added that Israel is desperately supporting terrorist groups in the country, causing mounting chaos.

This isn’t the first time Israel carried out attacks against the Syrian army. On Dec. 7, 2016, Syrian state media reported that “several surface-to-surface missiles” were launched by the IDF from the Golan Heights. The Syrian government said then, that the actions of Israel demonstrates a country supporting terrorism in the region.

In this latest attack, the IDF has declined to comment. This is the usual IDF policy. It always keeps mute when it commits acts that deliberately violate international laws.

This article (Israel Bombs Syrian Airbase to Allow Terrorists to Thrive, Syria Vows to Retaliate) is a free and open source. You have permission to republish this article under a Creative Commons license with attribution to the author and AnonHQ.com.