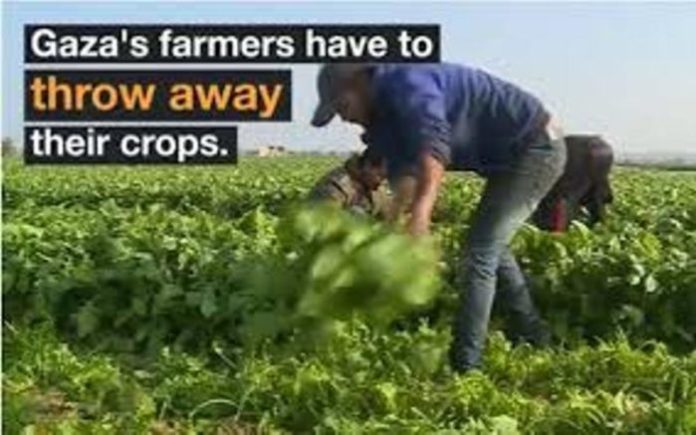 If we really care about humanity and believe every single human being has a right to own a property, then we should condemn Israel’s actions in the Gaza Strip.

There is no ambiguity whatsoever as to who owns the Strip. The Gaza Strip belongs exclusively to the Palestinians. Yet Israel has consistently and blatantly violated international law by putting a blockade on the Strip, ravaging many Palestinian lives.

Gaza is ranked as the 3rd most densely populated polity in the world. In 2014, it was estimated that the area had an annual population growth rate of 2.91%, making it the 13th highest in the world. In fact, Gaza is overcrowded; the population is also expected to increase to 2.1 million in 2020. Due to the blockade by Israel, the population isn’t free to leave or enter the Strip, nor allowed to freely import or export goods. Basic services and commodities for daily sustenance are hard to come by in the area. The Israelis have made life very uncomfortable for the Palestinian people in Gaza.

According to human rights campaigners, if the current trend continues, the Gaza Strip will by unlivable soon. Innocent people may die en mass in the area due to the appalling crimes perpetuated by Israel. But even as this humanitarian concern is being expressed by activists, Israel is continuing its inhumane activities in Gaza.

In the latest act, Israeli authorities have resumed spraying herbicides along the border fence with the Gaza Strip, causing huge damage to Palestinian crops. More than $1 million worth of crops belonging to the Palestinians have been destroyed as a result of the spraying. Al Jazeera spoke to affected farmers living in the Strip. Below is a video confirming the disturbing story.

According to campaigners closely following the situation in the Palestinian territories, this isn’t the first time Israel has deliberately sprayed dangerous chemicals with the intention to destroy Palestinian agricultural produce.

According to an NGO operating in the Gaza Strip, Gisha, on Jan. 23 this year, the Israeli air force used aircrafts to spray herbicides near the fence that separates the Strip from Israel, in proximity to Palestinian farmland in northern and central Gaza. The spraying exercise conducted by the Israeli military reportedly destroyed many crops and needless to say, many Palestinian famers were badly affected.  Two of the planes were said to have sprayed close to land owned by a Palestinian man named Saleh Mohammad a-Najar, a vegetable grower.

Mr Najar told Gisha that the spraying exercise has rendered him completely bankrupt. According to Gisha, the Israeli Ministry of Defense claimed the spraying as part of routine security activity, and that it’s done within Israel’s territory.

However, Gisha revealed Gaza farmers have been reporting for years about crops damaged by these spraying exercises. Gisha additionally noted that Israel regularly sends heavy equipment, tanks and soldiers to raze and clear lands inside the Strip as it deems fit.

“Using harmful and inaccurate means such as spraying from the air devastates farmers’ livelihoods and destroys the crops they grow with painstaking effort. The environmental or long and short-term health risks of exposure to the substances is unknown,” Gisha bemoaned the spraying exercise. According to Middle East Eye, in 2016, the Israeli army confirmed it was using crop-dusters to spray herbicides in the area along the border fence with Gaza. The army said then that it was done to enable optimal and continuous security operations in the area.

The cruel exercise reportedly caused the destruction of over 420 acres of land. +972 Magazine reports that the affected farmers requested an investigation into the incident. They also demanded compensation for the loss of their crops, however the Israeli government never responded to their calls.

This current incident isn’t an exception. The Israeli government most likely won’t respond to the farmers again. What crimes have these innocent Palestinians committed to deserve this inhumane treatment? We have failed ourselves as human beings, for not standing up for the rights of others when people are subjected to cruel treatment in Palestine.

This article (Israel Destroys $1 million Worth of Crops Belonging to Palestinians with Dangerous Herbicides in Gaza [Video]) is a free and open source. You have permission to republish this article under a Creative Commons license with attribution to the author and AnonHQ.com.