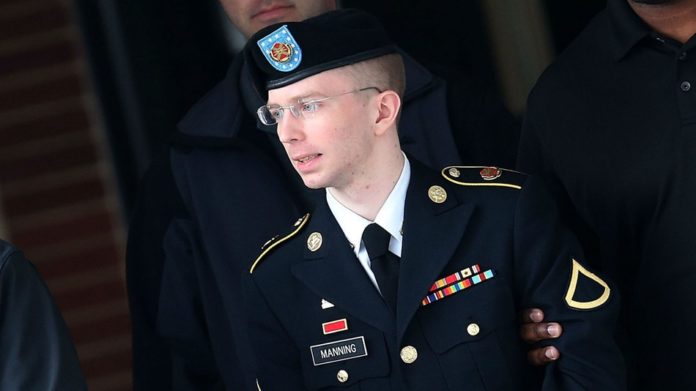 To increase government transparency, Chelsea Manning, the former US intelligence analyst serving a 35-year sentence for leaking more than 700,000 classified military documents, has sent a 31-page bill called The National Integrity and Freedom of Speech Protection Act (NIFSPA) of 2015, to the US Senate and the US House of Representatives from the military prison at Fort Leavenworth where she’s being held. The proposed bill would amend sections of the Freedom of Information Act, the Uniform Code of Military Justice, the Espionage Act, the Computer Fraud and Abuse Act, and Federal Disclosure Rules for Journalists.

Manning wrote in an op-ed published in The Guardian:

“The US needs legislation to protect the public’s right to free speech and a free press, to protect it from the actions of the executive branch and to promote the integrity and transparency of the US government.

These changes would go far – but certainly not all the way – toward ensuring that future citizens under future administrations can continue to be able to question and criticize their government without fear of being publicly humiliated and prosecuted by their government. It would also set a clear example to the rest of the world that, in a truly modern democratic republic, the suppression of the press and sources by criminal prosecutions cannot be tolerated. Then the US could no longer be used as an excuse by repressive governments around the world to say: “Well, they do it in America, too.”

Manning’s bill also proposes narrowing the offense of “aiding the enemy” to the creation of an explicit “treason” for “those who openly wage war and attempt to overthrow the US government”. Manning was court-martialed for providing government documents and information that she felt were in the public interest to a media organization. The government charged her with “aiding the enemy”. She was prosecuted under the Espionage Act for revealing the unethical and violent tendencies of the United States military in foreign wars. Though she was acquitted of all charges of “aiding the enemy”, she was sentenced to 35 years in prison in 2013 for five other charges under that law.