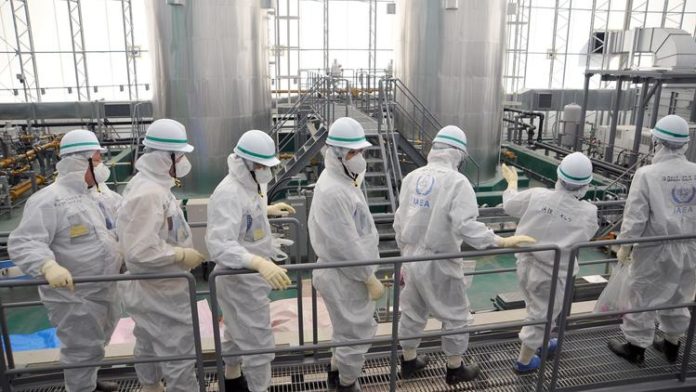 In another “surprising” turn of events, Tepco, the same inept operators of the Fukashima nuclear facility who used the wrong measuring instruments to “accidentally” give everyone a false sense of security in 2013(readings were really 18 times higher) has come out saying that “suddenly” the radioactive water residues in a drainage ditch that is used to transport water to a nearby bay were measured at fifty to seventy times the average radiation readings. You know, radioactive plants sometimes just become more radioactive and then less radioactive again for no reason…. Out of curiosity, did anybody bother to check that they were using the right instruments this time? No? Carry on then.

According to The Japan Times:

The levels of beta ray-emitting substances, such as strontium-90, measured 5,050 to 7,230 becquerels per liter of water between 10:20 a.m. and 10:50 a.m. Tepco requires radioactivity levels of groundwater at the plant discharged into the sea to remain below 5 becquerels.

Oh, gee whiz, Tepco has been honestly and transparently disposing all that low-radiation water into the sea, and suddenly they realise that the water was really extremely radioactive….. Complete accident I’m sure.

Apparently the officials have shut down that specific ditch, and are “monitoring” the situation. Later that day readings fell to “only” twenty times the normal. I reckon it’s because they just switched back to the wrong instruments, unless Tepco found a means of defying the universal law of radioactive decay.

This accident comes on the heels of several others, such as the water tanks that keep “accidentally” leaking water into the sea, the admission by Tepco that the plant had been leaking radioactive water all the while despite previous claims to the contrary, the radioactive puddles that keep springing up, the radioactive soil , the dousing of workers with radioactive water…. Really looks like they’re doing a bang up job over there. Or at least that’s what the IAEA thinks. Perhaps they should set the bar just a bit higher.