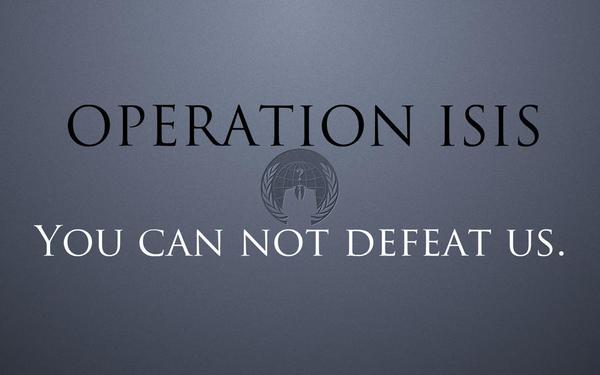 In its war against terrorists, Anonymous, the online hacktivist collective, continues to shut down ISIS websites and numerous Twitter and Facebook accounts promoting terrorism, as part of the ongoing operation #OpISIS. To avenge the brutal murder of Charlie Hebdo journalists, the group launched Round 1 of #OpISIS intended to render the jihadist websites inaccessible through the denial of service (DDoS) attack. In the Round 2 of #OpISIS, Anonymous exposed thousands of ISIS accounts to show that it is not that difficult to fight back against ISIS online. In the Round 3 of #OpISIS, Red Cult Anons issued an ultimatum to Twitter and the US government to do their jobs.

The White House responded to Anonymous’ ultimatum with their Summit on Countering Violent Extremism to show that they are interested in shutting ISIS down online. The focus of the summit was on fighting ISIS on social media, and by downing accounts used for recruiting by the pseudo-Islamic terror group. US President Barack Obama announced that “The United States is joining, for example, with the UAE to create a new digital communications hub to work with religious and civil society and community leaders to counter terrorist propaganda”.

Red Cult Anons believes the US government has realized the effectiveness of the hacktivist group’s approach and is trying to look proactive because Anonymous has embarrassed them. In spite of the White House response, #OpISIS will continue as the operations is proving much more effective than the social media giants and the US government in combating the terror group online. The group makes its intention clear in Round 3.5 of #OpISIS:

The video starts with a message to ISIS – “you will be treated like a virus and we are the cure, there is no safe place for you online”. It reaffirms that Anonymous are “young, or old, gay or straight… from all races, countries, religions, and ethnicity – United as one, divided by zero. The video also reemphasizes to the citizens of the world that “the terrorists that are calling themselves ISIS are not Muslims”.

In the Round 4 of #OpISIS, Anonymous’ Red Cult team hacked ISIS networking website and released the vast contact information, including IDs, usernames and passwords, of the members of the pro-terror site. It kept its promise – hunt ISIS, take down its sites, accounts, emails, and expose the terror outfit.

Anonymous is hitting ISIS harder than any government could – http://t.co/wHuF35DcAL

ISIS #Anonymous is inside your servers and soldiers are on the ground. May God have mercy on your souls because we won’t. #GhostSec #OpISIS