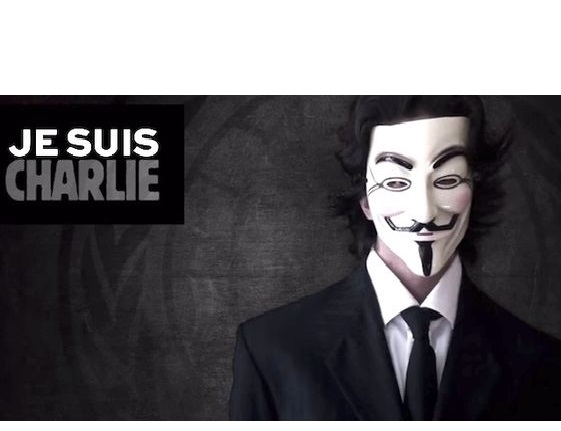 Anonymous, the online hacktivist collective, has avenged the brutal murder of the Charlie Hebdo journalists. Shortly after the ghastly Paris massacre, the group vowed to shut down websites promoting terrorism and released a video declaring war against the terrorists. They kept their promise and shut down a number of confirmed ISIS websites as part of the ongoing operation, #OpISIS.

Anonymous’ account, @OpCharlieHebdo (since suspended by Twitter), confirmed it took down the French terrorist website, ansar-alhaqq.net. The ansar-alhaqq.net page was directing users to the search engine DuckDuckGo. Some more of the ISIS websites that were taken offline by Anonymous / RedCult team:

Any website or email related to ISIS or Al-Qaeda will be targeted by Anonymous from now on. The group called on its followers and ‘netizens’ to help them find the terrorists.

Anonymous confirmed that ISIS did in fact obtain classified US intelligence documents. These documents were shrugged off by the mainstream media and the government as not being classified. However, it appears that they are exactly what ISIS claimed them to be.