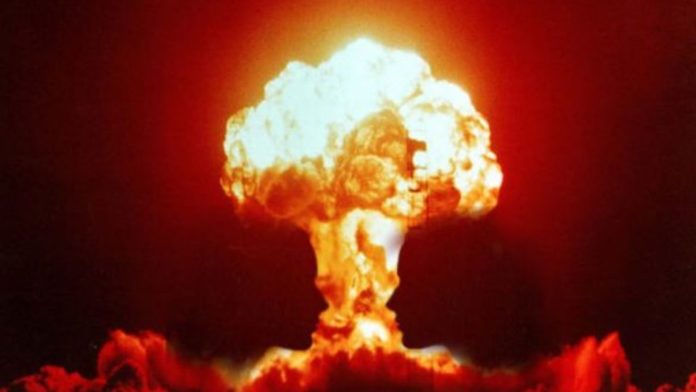 Another failed missile test took place in North Korea this week, officials have said. In spite of the failure to launch another ICBM, Japan has put its citizens on notice, warning them to prepare for a nuclear attack with less than “ten minutes notice.” The Japanese government has urged people to keep in mind a strong building in the case of a need for shelter. “You won’t get the warning in time, but if you do, then go to a strong building.”

Reports have come in that a demand for radiation-blocking purifiers and nuclear shelters have spiked.

The United States has called on China to do more to make their North Korean ally heel. China backs all peaceful resolutions and has hit North Korea with economic sanctions in the last weeks. Chinese President Xi Jinping and President Trump have discussed the matter with President Xi stressing negotiations can still be achievable to defuse the crisis.

A halt on oil supplies to North Korea will follow, says China, if one more missile test occurs, giving Pyongyang fair warning that the situation is now at a critical standoff.

It has been reported that in recent meetings held at the White House, all options were discussed on how to deal with North Korea, including a nuclear option. On the same day a full-scale preparedness drill in the event of a nuclear strike was held in Washington D.C. In New York City, emergency services and military also concluded Operation Gotham Shield in preparations for a nuclear bomb detonating over the city.

Senator John McCain, says many have run out of patience. “”For years, the United States has looked to China, North Korea’s long-term patron and sole strategic ally, to bring the regime to the negotiating table and achieve progress toward a denuclearized Korean peninsula. However, China has repeatedly refused to exercise that influence.”

Chinese Foreign Minister Wang Yi has called for all parties to “exercise restraint and avoid provocative rhetoric or action that would lead to miscalculation,” however he has also argued that North Korea isn’t alone in the escalating of tensions, and voiced a “demand” that the US and South Korea stop staging military drills.

The missile launched is said to have failed mid-flight. Officials have yet to release the distance it traveled but one official remaining anonymous said it was most likely a medium-range KN-17 ballistic missile. The main part of the missile, launched toward the Sea of Japan, was discovered around 35 kilometers from Pukchang airfield where it was launched from, said one US official.

The latest North Korean missile launch followed only hours after a United Nations meeting was held to discuss the increasing tensions on the Korean Peninsula. After calls for heavier sanctioning, Russian and Chinese delegates at the meeting shifted the blame to Washington, the Wall Street Journal reports:

“Moscow’s deputy foreign minister accused President Donald Trump of “reckless muscle flexing” by sending more military assets to the Korean Peninsula. “The whole world is seriously wondering if there is going to be a war,” the minister, Gennady Gatilov, told the council.”

US ships are now in South Korean waters with Japanese military support. When asked, after the latest North Korean missile launch, the US military plans, President Trump told CBS’ Face the Nation “It is a chess game. I just don’t want people to know what my thinking is.”

This article (Japan Warns Citizens to Prepare for Nth Korea Nuclear Attack at “Ten Minutes Notice”) is a free and open source. You have permission to republish this article under a Creative Commons license with attribution to the author AnonWatcher and AnonHQ.com.