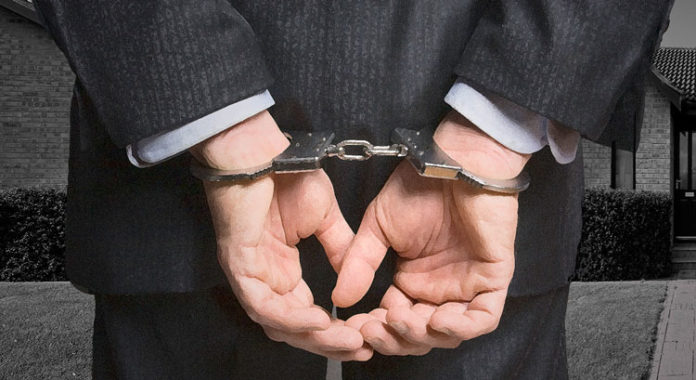 Barcelona’s new mayor has kept her promise to go after the banks who started the crisis, and other cities are doing the same.
In a decision which should cause many a bankster to quake in their boots, the Spanish city of Barcelona has handed down a fine which totals 60,000 euros ($67,640) to three Spanish banks in an effort to force them to make use of empty properties. One hundred other towns and cities, including the capital Madrid, have implemented similar penalties in recent months.

Over one third of all the vacant homes in Europe are located in Spain. The financial crisis hit the country hard: over 3.4 million houses are empty and rising unemployment has seen a sharp increase in mortgage defaults, with 95 homes a day seized by authorities in 2014.

Barcelona’s mayor Ada Colau wants to stop all of that. She took power in May this year and is a housing and anti-poverty activist who co-founded the campaign group MVP (Mortgage Victim’s Platform) to fight the banks who started this crisis. Colau, 41, is also leader of the grassroots group Barcelona en Comú (Barcelona in common), a coalition of several left-wing political parties and thousands of citizen-activists.

The law allowing Barcelona to crack down on banks with empty homes was passed in 2014, but was never applied until now. The charges relate to 12 properties that have been empty for over two years. The banks- BBVA, Banco Sabadell and Sareb- have one month to find tenants or they will have to pay an additional fine of €10,000 ($11,274). If no action is taken after two months they will face another penalty of up to €15,000 ($16,913). More empty properties are being considered for the same charges, and activists hope that the policy will be rolled out to include all vacant bank-owned homes in Barcelona.

It’s likely that this will happen: Colau is passionate about the housing crisis, and even intervened in an eviction on her very first day in office. She plans to increase subsidies for those who fall behind on their rent payments, and has promised more public housing in the city. She has also vowed to tackle inequality and political corruption (an ongoing problem in Spain) and she aims to make the city council transparent in its dealings and finances. Job creation and the problem of multinational companies and plush hotels spoiling the historic city’s authenticity and uniqueness (and pushing up rent prices so much that local people cannot afford to live there) are also top on her to-do list.

In April, while running as mayoral candidate, Colau blogged about the difficulty as a housing activist to decide whether or not to dine with bankers: “I also don’t think there’s anything wrong in meeting people for lunch or dinner, especially with the full diaries we have at the moment. And yet… And yet something tells me that hiding behind these unimportant anecdotes are practices that are strongly related to the sins of our imperfect democracy,” she wrote.

The first time a bank was slapped with a fine for leaving properties sitting empty was in 2013, when the city of Terrassa (also in the region of Cataluna, which is fighting to become autonomous from the rest of Spain) handed out fines of 5000 euros to three banks. They appealed against the decision, but lost their case.

Meanwhile in the capital city, mayor Manuela Carmena is also prioritizing the big issue of housing and homelessness, overturning eviction orders for 70 families and promising to protect a further 2000 families at risk. Like Colau, Carmena was also swept to victory on May 24 this year when Spanish people voted overwhelmingly for an end to injustice and corruption.

Both women are members of left-wing coalitions associated with Spanish political party Podemos (a name which translates as ‘We can’). This anti-austerity party is similar to Greece’s Syriza, and has seen a huge rise in support due to the human suffering caused by the 2008 crash. Despite being so young (it was formed in March 2014), Podemos is now the second biggest party in the country.

This article (Justice At Last: Spain Is Forcing Banks To Pay Fines For Empty Homes) is free and open source. You have permission to republish this article under a Creative Commons license with attribution to the author and TrueActivist.com.