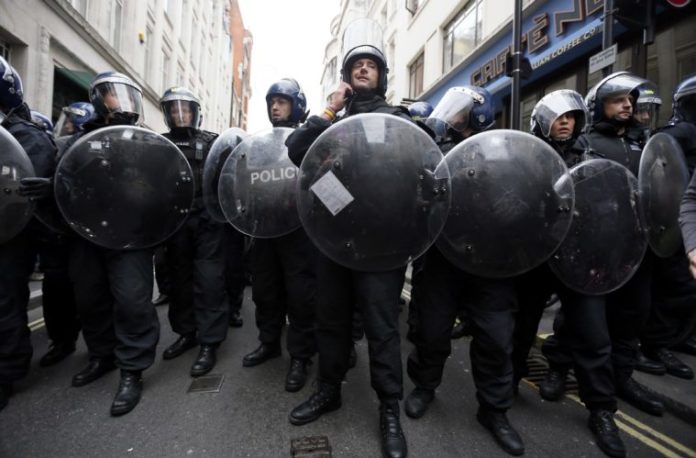 In the past few years, the Department of Justice has written scathing reports about some of the US’s largest police departments. The DOJ is meant to be the ultimate law enforcement authority in the land. They are the only supervisory organization that local and state law enforcement agencies have to answer to. Unfortunately, the DOJ has not followed through on any of the condemning reports they have authored after extensive investigations into excessive force and corruption involving the agencies investigated.

After the death of Eric Garner in 2014, the Justice Department launched an investigation into the practices of the NYPD and their policies on use of force and oversight. As you’d expect, the DOJ found that the department’s force policies were “vague and imprecise.” They found that the policies themselves offered little guidance to officers, and also failed to clarify what “excessive force” is. They also called out the NYPD for allowing officers to complete use of force forms using extremely vague descriptions of the force they actually used. The report also found little to no oversight of use of force incidents, which is a common theme with all of the agencies reviewed by the DOJ in the last few years.

The DOJ found in their investigation into the Cleveland PD’s use of force policy the same patterns. According to their report, the department continually engages in deadly force incidents where deadly force in not required. They also found that the failure to train police officers in proper force response resulted in tactical errors, essentially putting the safety of bystanders and the public in danger. Again, the Cleveland Police Department was found to have insufficient systems of accountability and use of force oversight. Sound familiar? Despite two years passing from the release of the report, no action has been taken by the DOJ to ensure changes have occurred.

After the death of Freddy Gray at the hands of the Baltimore Police Department, the DOJ conducted an investigation, as usual condemning the agency for its repeated patterns of racially discriminatory stops, stop and frisk and excessive force. The DOJ found that “BPD makes stops, searches and arrests without the required justifications; uses enforcement strategies that unlawfully subject African-Americans to disproportionate rates of stops, searches and arrests; uses excessive force and retaliates against individuals for their constitutionally-protected expression.” Each DOJ report is scathing, and written using its own unique wording, however the same patterns emerge over and over, department after department.

The Chicago Police Department was the latest agency to be destroyed in a Justice Department report. The report stated that the department doesn’t properly train their officers. Once again, this sounds familiar. The 161-page report outlined numerous “patterns of systemic deficiency” to include accountability and oversight in Fourth Amendment violation issues. The biggest constitutional issues found were described as “shooting at fleeing suspects who presented no immediate threat; shooting at vehicles without justification; using less-lethal force, including Tasers, against people who pose no threat; using force to retaliate against and punish individuals; and using excessive force against juveniles.”

The Milwaukee Police Department is next up on the roster, expecting a harsh report from the Department of Justice. Due out any day now, the report will read much like any of the above cases. It will site clear patterns of misconduct, a general lack of oversight, a failure to hold officers accountable, and most importantly, a failure to properly train officers. The problems that the Justice Department documents in each of their reports, which are absolutely exquisite in their detail of the fundamental issues, are identical no matter which department you are examining. Lack of training, oversight, and accountability are problems not just within these agencies, they are the problems witnessed at every police agency in the country, however differing in scale.

The dozens of agencies investigated by the DOJ have not led to sweeping changes and reforms. The problems we see in law enforcement have continued to grow, especially as police continue to perpetuate the myth of the war against cops. The purpose of oversight is to observe and correct problems, however, the ultimate law enforcement agency in the nation – the DOJ – has failed to take any action against any of the departments it has criticized. Their failure to act is analogous to the failure to jail the bankers after the great collapse in 2008. They continue to recognize blatant civil rights violations committed as distinct patterns of behavior, yet they hold no one accountable. They point a big fat finger at the agencies…and that’s as far as it goes.

If the reality of a Justice Department that can no longer hold itself or its minions accountable isn’t scary enough, behold our incoming President Trump and Attorney General Jeff Sessions. Some see the new administration as a green light for law enforcement and the police state. Having the AG and soon to be Supreme Court in your pocket will allow police to march forth unfettered by the constitution. If there was ever going to be an age of police accountability, it is but now a little more than mere fantasy.

This article (Justice Department Reports on Police Corruption – Change Nothing) is a free and open source. You have permission to republish this article under a Creative Commons license with attribution to the author and AnonHQ.com.