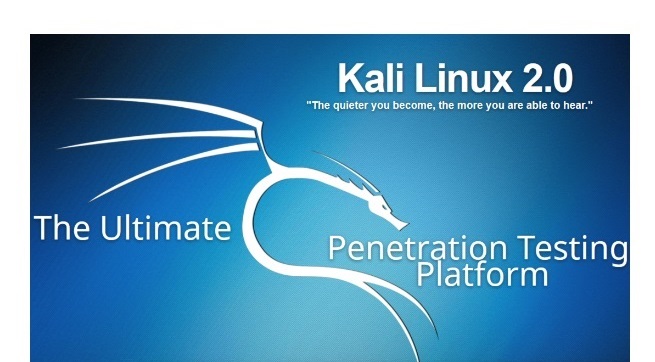 In the world of network security and penetration testing, the most popular operating system (or OS) is known as the Kali Linux distribution (often referred to as “distro” for short). However, it was not always known as “Kali,” in fact it was originally known as “BackTrack.” This uprising technology started with two competing distros, both of which focused mainly on “penetration testing” (or “pen testing”). The first distro was known as “WHAX” and the other was “Auditor Security Collection.”  The first time the world had seen a true pen testing platform was with the release of BackTrack v.1.0 Beta, which was launched on February 5th, 2006. Since then, BackTrack launched several reiterations of their OS and then, in 2013, BackTrack was reborn as Kali Linux. This penetration testing platform comes complete with everything you need for all of your firewall, data infrastructure and security tools!

With Kali Linux, you can either install the platform on a designated computer and perform your tests or, if you don’t want to commit to installing it directly on a computer, you can opt to create a Live CD/DVD or utilize a USB thumb drive and perform your pen testing that way as well. If all else fails, you can even install Kali inside of a virtual machine! Kali Linux comes distributed as 32 and 64-bit images.

If you go to docs.kali.org/category/installation, you will find all of the install help you need for Hard Disk Install, Dual Boot Kali with Windows, Dual Boot Kali on Mac Hardware, Single Boot Kali on Mac Hardware, Kali Linux encrypted disk install, etc. This is helpful for those who are still new to Linux platforms, and if you find that you are getting stuck on an issue, there is help to be found from those install instructions.

When I installed Kali Linux, I downloaded mine as a torrent file from this link: Once my torrenting was complete, I booted up my VM workstation and began my installation. I found the installation rather simple as I configured my hardware too: Once booted up, I was introduced to the boot menu and decided to test the “Graphical Install.” After choosing my language, location and keyboard settings, the installer started installing the drivers automatically; followed by setting up my hostname, users and passwords. I found the graphical installation of Kali Linux 2.0 actually very easy to use. It felt almost like I was installing a Windows operating system. After what seemed like forever (it was only 15 minutes), the installation was finally complete! I was finally able to login… Once I logged into my new machine, I am greeted with the Kali Linux Iconic dragon background and noticed that the task bar is now on the left side, kind of just floating there. I navigated my way to the Applications tab and was blown away by the improvement of their new menu style. After admiring the layout and design, I noticed that they had set the main tools on the right hand side. I did notice there where a few tools in which I use a lot such as wpscan that is not found in the applications, so I booted up in terminal and performed a simple wpscan and yes…it is still there! A lot of the tools that are still “low key” or rarely used are indeed in Kali Linux 2.0, you just have to remember the scripts for the tools you utilize. The terminal actually has not changed as far as appearance, however it does seem to be able to accept almost every script you can put in it. Kali still uses Iceweasel for the default browser and after giving a few of the default apps a test run and seeing how elegant the new setup is, I noticed that there was something that reminded me of Windows. Kali Linux has the “Package Updater” automatically set to activate and let you install the new updates that are needed for your software and drivers. Now, I wanted to test out my own network security, so I utilized openvas. Once I had the package installed I was able to perform a vulnerability scan. Of course that came back positive. After playing around with a few other “toys,” I fell in love with the new updates to Kali. This platform literally comes with all of the tools you would need, and some of the old ones, to perform any and all pen testing you need for your home network or company network.

Being an active Kali Linux user for over 2 years, I am very pleased with the general layout and feel of the new tools and interface. In order to install additional software packages, you can still utilize the “apt-get install <package name>” script in the terminal. While I enjoy advances to operating systems, I still want to see some of the original applications I am used to enjoying.

What can we expect next? The only thing I know to expect as I went from version to version of Kali, is that each time it only gets better. Even if they only revised the kernel for errors, added more features, or altered the GUI I can expect to see great things coming from Kali Linux in the future!

This Article (Kali Linux 2.0) is free and open source. You have permission to republish this article under a Creative Commons license with attribution to the author(IT Ninja) and AnonHQ.com.