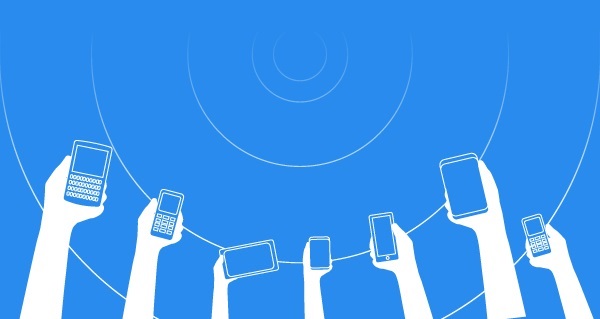 We need food to maintain energy, water to hydrate ourselves and the educational information we read that ‘sets us apart from the animals.’ Outernet is setting new rules in the game of information and technology by setting goals of providing free internet via outer space that can be received and stored in a device called ‘Lantern.’

Lantern continuously receives radio waves broadcast by Outernet from space. Lantern then turns the signal into digital files, like webpages, news articles, e-books, videos and music. Lantern can receive and store any type of digital file on its internal drive. To view the content stored in Lantern, turn on the Wi-Fi hotspot and connect to Lantern with any Wi-Fi enabled device… then all you need is a browser. Hours after the initial campaign closed on January 12, 2015, they sailed past the $500,000 funding goal to unlock 10MB/day to the entire world, however, now that Lantern is in demand, the campaign continues. Now, if they can reach a goal of one million dollars, it would allow them to increase the output of Outernet’s ‘Fixed Service’ even more. The difference between the ‘Mobile Service,’ which feeds Lantern, and the ‘Fixed Service’ is that you need a satellite dish for the ‘Fixed Service.’ Lantern has been designed in such a way that it needs to be plugged into a dish, allowing it to be mobile when it needs to be, or high volume if Lantern is stationary.

Right now the Fixed Service is live and broadcasting at 200MB/day on three satellites covering North America, Europe, Africa, and parts of the Middle East, and if they want to cover sub-continents and the far East, they need to reach their million dollar goal.

As mentioned earlier, the device that receives the data is Lantern and it gets this data for free. The best thing to compare the device to is a radio; you buy it once and then you can always listen to your favorite station. So Outernet is like the radio station and Lantern is the radio. Outernet uses small satellites that transmit radio waves to communicate with Lantern. A conventional FM/AM radio turns the signals into music, while Lantern turns it into files. A radio gives you its information through sound while lantern gives it to you using Wi-Fi. Your cell phone or any other Wi-Fi enabled device(s) “listens” and Lantern lets its user view the files it has received. The device itself runs on batteries that provide twelve hours of straight up battery life when passively receiving data, and four hours when its Wi-Fi antenna is active. The LED indicator lights show if it’s switched on or off, if the Wi-Fi is active, battery life, signal strength and the frequency being received. It also has a micro USB input, micro SD card slot and a USB output, and it comes in a standard plastic case making it the size of a light weight flashlight.

The company was commissioned by The World Bank to install the hardware south of Sudan in many of its cities, making information available to the people of Sudan. The World Bank said that they would also be sponsoring content for this project.  Furthermore, IREX — a United States-based non-profit organization committed to international education in academic research, professional training and technical assistance — has also been working with Outernet and have been installing receivers across many schools and libraries across Namibia.

This is literally a portable library in every pocket. This device can quite possibly turn out to be useful to everyone, especially in areas where censorship is everywhere, since all data consumed on Lantern is anonymous.