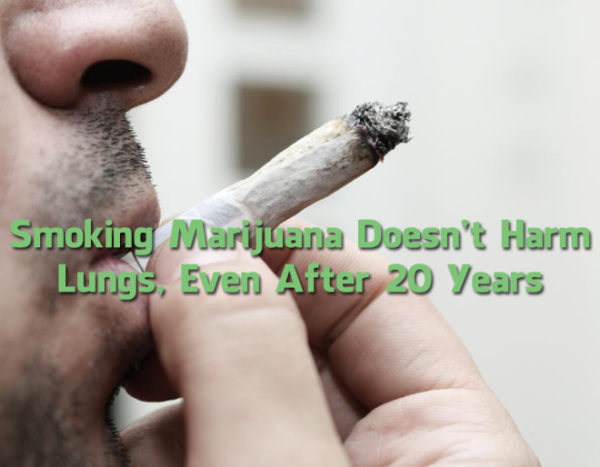 We have said in the past, and still stand by it, that our goal is to promote medical use of marijuana. We are not just an advocate of the plant just for smoking sake. We want people to benefit from it.

But across the world, there are many negative stereotypes and false mythologies about the plant. Especially in some countries in the global south; it is believed the mere smoking of marijuana irrespective of the quantity and the strength, can cause mental illness, the worst of it being madness.

However, over the years, as proponents of the plant gain momentum on its medical benefits, many researchers are using their own resources to conduct studies on the plant. Although research on the plant is still low, the little studies conducted are showing that some of the negative stereotypes against the plant aren’t true. In the study we have come across on marijuana, it revealed that smoking the plant does not hurt the capacity of the lung, as previously suspected by medical experts. The study was conducted in 2012. It is said to be the largest ever study conducted on marijuana smoking. The study has been accepted in the Journal of the American Medical Association.

According to the study, even though most marijuana smokers tend to inhale deeply and hold the smoke in for as long as they can before exhaling, the lung capacity didn’t deteriorate, even among those who smoked a joint a day for seven years, or once a week for 20 years.

The study was conducted by researchers from the University of California, San Francisco, and University of Alabama at Birmingham, all in the United States.

The researchers said they knew tobacco smoking causes lung damage, leading to respiratory issues such as chronic obstructive pulmonary disease. However, they wanted to be clear whether smoking marijuana can also have similar effects as tobacco. The researchers carried out their research by measuring lung function multiple times in more than 5,100 men and women during a 20-year period.

The data used in the study was from the Coronary Artery Risk Development in Young Adults. The researchers collected repeated measurements of lung function and smoking from March 1985 to August 2006. More than half of the participants, about 54%, said they were current marijuana smokers, cigarette smokers or both when the study began. The average marijuana use was only a joint or two a few times a month.

To know the healthiness of the lung of participants, the researchers measured how well participants could blow air in and out. It is said healthy adult can exhale about a gallon of air in one second.

Although the study focused on lighter smokers of marijuana and tobacco, the result showed that some participants who smoked more than a joint a day of marijuana for seven years could exhale even more than a gallon of air a second. On the other hand, cigarette smokers struggled to exhale half a gallon. This proved that whereas marijuana smoking improves lung function, cigarette smoking damages it.

However, the researchers warned that people should not simply take the findings of the study as a green light to smoke marijuana. They recommended that other factors should be considered before the plant is smoked.

“Marijuana is a complicated substance, and for people who are thinking about what they’ve done in the past or are thinking about using marijuana or believing it can help medically, their decision should not be based on lung consideration. It’s not a decision about lung health, it’s all the other issues: the risk of addiction, an increase in the chance of having accidents and social functioning,” co-author of the study, Dr Stefan Kertesz said. Dr Kertesz is also a researcher and primary care doctor at University of Alabama at Birmingham and the Birmingham Veterans Affairs Medical Center. Dr Kertesz also added that the extra strength of the lung of marijuana smokers may come from the habit of deeply inhaling, holding and slowly exhaling the marijuana smoke. He said: “It’s a tiny increase; it’s not a big increase to lung health. So be careful not to say that, ‘Oh, wow! Lungs work better on marijuana.’ That would be totally inaccurate.”

Commenting on the study, Dr. Donald Tashkin, who has studied the relationship between marijuana smoking and lung function for more than 30 years as a professor of medicine at University of California Los Angeles said the study has confirmed what other research has also concluded on marijuana.

“This is a well-done study involving more subjects than in the past. The public should take away it’s a confirmatory study, but larger and longer than previous studies demonstrating, once again, that smoking marijuana does not impair lung function, unlike tobacco,” Dr Tashkin said.

We acknowledge that we sourced the article from NBC News.

This article (Largest Ever Study on Marijuana Reveals Smoking It does not Damage the Lungs, Rather Improves It) is a free and open source. You have permission to republish this article under a Creative Commons license with attribution to the author and AnonHQ.com.