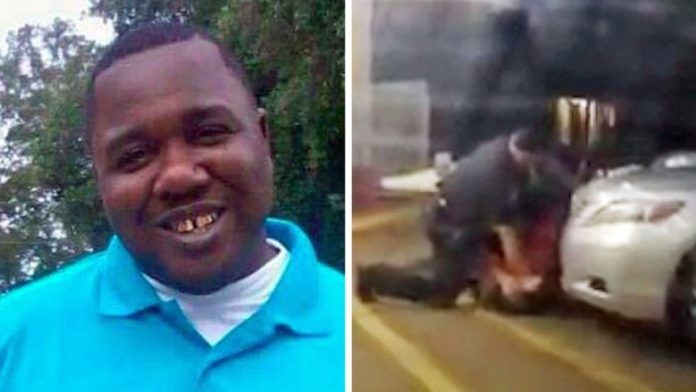 The public will be kept in the dark as to the results of the Alton Sterling autopsy, for now anyway. A Federal judge made the determination that the autopsy results need to remain sealed. No explanation was given, however, it is likely due to the ongoing federal investigation into Sterling’s death.

Alton Sterling was shot to death by Baton Rouge police after he reportedly brandished a firearm to a homeless man. Cell phone video recorded by the owner of the mini-mart, where the shooting occurred, surfaced showing that Sterling was pinned to the ground and unarmed at the time he was shot. Police did, however, pull a handgun out of Sterling’s pocket after he had been killed. East Baton Rouge Coroner William Clark has also been issued a muzzle order, preventing him from talking about the autopsy results. Last month, Clark was quoted as having said that Sterling died from multiple gunshot wounds to both his chest and his back. From looking at the videos of the shooting, it is hard to see the exact moment of the shooting, however, you can plainly see bloodstains on the front of his shirt.

Last month, information from the warrant for the store’s surveillance system was leaked. In the warrant, the facts surrounding the shooting were laid out. It claimed that officers saw the butt of a gun in Sterling’s pocket prior to the physical altercation. They used this as justification for Tasering him.

Anyone familiar with police practices knows this is a lie. At no time before officers Tasered Sterling, did they make any references to the gun they supposedly observed. The dead give away that they had not seen a weapon, once Sterling was being pinned to the ground. At some point during the altercation on the ground, one of the officers yells “GUN!” This is text book training for an officer who identifies a weapon on a subject in the field. The officer yelled gun when he saw the gun for the first time. If officers are already aware of a firearm, there is no need to yell gun and warn the other officers on scene. The warrant directly contradicts this,

as the officers claimed they had knowledge of the gun before the altercation began. An investigator for the coroner’s office, Shane Evans stated “Now we’re in an unusual position of not being able to release these things.”

Autopsy reports are part of the public record and are usually not barred from release, pending investigations. It is unknown why the judge decided to seal these records. Perhaps the content of the report is inflammatory and could spark additional protests. Coroner Clark and Evans both stated that this is the first time in their careers that they have seen federal authorities use a court order to prevent the release of an autopsy.

This article (In Unprecedented Move Federal Judge Seals Alton Sterling Autopsy Results) is a free and open source. You have permission to republish this article using a creative commons license with attribution to the author and AnonHQ.