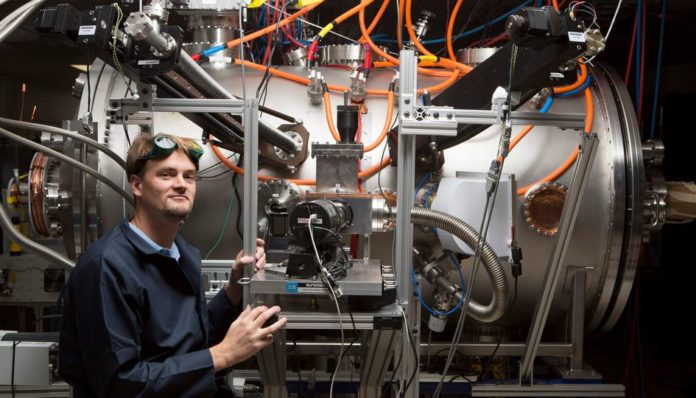 Lockheed Martin Corp. said that it has been successful in developing a nuclear fusion power source. Their definition of “successful” is as yet untested, but this is being hailed as a breakthrough in nuclear fusion as it may solve our energy concerns.

Lockheed Martin Corp. is pretty well-known, mostly for being one of the largest US defense contractors. Being able to produce a fusion reactor would be great for our energy concerns, though their main intent would probably be to weaponize such a potent source of power ASAP. Hey, defenses don’t defend themselves. They have claimed that they will be able to make the reactors small enough to fit on the back of a medium sized truck. This is certainly ambitious, seeing as no working prototype has been produced so far, but they believe that this may take around 10 years to become a possibility.

Current nuclear reactors are based on nuclear fission: large, unstable atoms with an unusually high number of neutrons are bombarded with yet more neutrons. They decay, causing them to split into smaller atoms and release yet more neutrons that go on to destabilize other large atoms. When large atoms break apart, a small amount of matter (possibly the mass between protons and neutrons) is converted to energy. This results in a chain-reaction of neutrons and energy being expelled everywhere. In fusion, small Hydrogen atoms will be combined to make a larger Helium atom. This process is said to be more stable, cleaner (because the output is not highly radioactive) and releases more energy compared to that of fission. The process mimics the Sun, which is basically a massive ball consisting mostly of Hydrogen. It crushes small Hydrogen atoms together and release energy and larger elements, which are in turn crushed into still larger elements.

This news has been received with a mixture of apathy and awe, because in the past many announcements have been made regarding harnessing nuclear fusion energy- to no avail. In nuclear fusion, there is a great risk of meltdown due to ultra-high temperatures and pressures necessary to mimic the conditions of the Sun. But, the people at Lockheed Martin seem pretty confident. That counts for something, I guess. They’re also really really wealthy.

“Our compact fusion concept combines several alternative magnetic confinement approaches, taking the best parts of each, and offers a 90 percent size reduction over previous concepts,” says Tom McGuire, leader of compact fusion development at Lockheed Martin Skunk Works. He said that now this breakthrough in nuclear fusion project is going project and Lockheed expects that they will find potential partners in government and industry.

Rockheed told Reuters that small size and shape of reactor will cut down the development time and cost. The 100MW reactor will use deuterium-tritium as fuel. This will be made from deuterium isotope of hydrogen which is available in ocean and tritium isotope which is made from lithium ores found in nature.

Gilliland added, “our approach is to be much more practical and commercial and ultimately less expensive than some other approaches to fusion those approaches were much more extreme in how dense the hydrogen fuel needs to be — whether it’s very low density or very high density.”