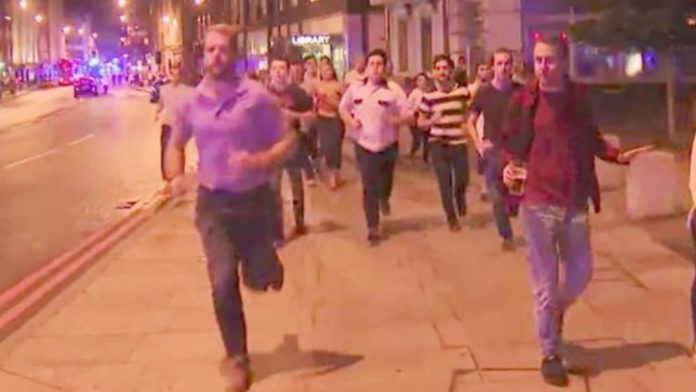 Rush? Panic? Not for the guy on the right. He has totally different priorities… On saturday evening, a white van hit pedestrians on London Bridge at about 22:00 p.m. (BST) before three men got out and start stabbing people in nearby Borough Market with large knives. Nearly all people are running away in panic and shock in the direction showed them by police.

Only one guy seems to take it easy.

People fleeing #LondonBridge but the bloke on the right isn't spilling a drop. God Bless the Brits! pic.twitter.com/ceeaH0XxeX

As everbody around him is running, he is walking calmly so he wouldn’t spill any drop of his precious drink.

do you blame him lol. He's got some skills.

Hey, he paid for his pint.

Not all heroes wear capes

And let one of those knife wielding Assholes just try and take it from him, too.

This guy will surely turn into an internet meme.