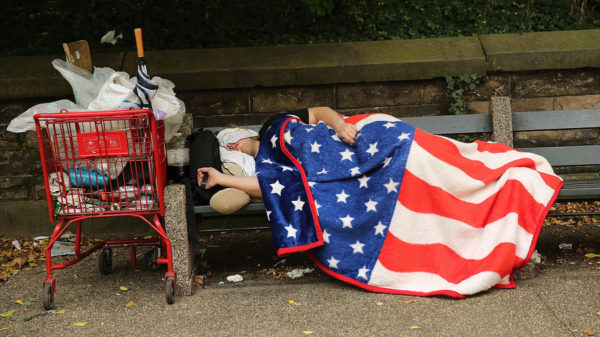 The most populous county in the United States, the County of Los Angeles (LA County), is hoping to institute a new law that will ensure that millionaires living in the county will be taxed to fund homeless programs for the poor.

The law, nicknamed the “millionaires’ tax” will pay for housing and other services for the homeless in the county. The County Board of Supervisors has already voted to pursue the new legislation at the state level. LA County has a population of more than 10 million people. However, the county has one of the highest homeless populations in the United States. According to the Los Angeles Homeless Services Authority, the county is home to almost 47,000 homeless people. The staggering number of the homeless dents the image of the county, which is also considered one of the richest in the United States. In 2012, the Guardian reported that the city of Los Angeles alone in the county, was home to 126,000 millionaires.

County officials have estimated that about $500 million a year would be needed to take care of the homeless situation in the whole of the county. In early 2016, the city and county of Los Angeles made plans to reduce the growing problem of homelessness in the area. The county then approved $150 million in initial funding to build new houses and provide basic services for the homeless. However, funding for the program has become difficult, hence this new proposal by the County Board of Supervisors to sustain and broaden it to cover more of the homeless. Following the announcement in June 2016 that the county wants to tax the rich for the poor, Marsha Temple, who runs the nonprofit Integrated Recovery Network, said the homeless crisis in the county represents the breakdown of the entire LA County society. “We must do everything within our power to end this crisis. The cost of doing nothing is too high,” Temple said.

Another charity worker who runs the Los Angeles Black Worker Center, Lola Smallwood Cuevas described how one member of her organization, who works with a construction company, had to spend seven months living in his van down the street from a job site, simply because he had no home.

As the county’s Board of Supervisors has already backed the tax, the county’s government is now seeking approval from both the state Governor, Jerry Brown and the state legislature to levy the new tax on its millionaires. The Los Angeles County Homelessness Survey reports that an overwhelming 76% of residents in the county support the proposed tax.

According to the LA Times, the Board of Supervisors has also approved a separate proposal, examining the nearly $1 billion a year the county is spending on homeless single adults in programs, not directly related to reducing homelessness. These programs include emergency medical care, mental health treatment, cash assistance and incarceration. The measure is meant to see how the most chronic users of the system could be more effectively addressed. If the county receives the state approval to pursue the tax, the board would need to vote again to place it on the ballot in the upcoming November elections. It is said the law will need two-thirds approval from voters in the county before it could take effect. However, considering the survey that revealed that 76% of the county’s residents support the law, observers say it will be a done deal for the law to be accepted by voters during the elections.

This article (Los Angeles County Seeks to Tax the Rich to Fund Homeless Programs for the Poor) is a free and open source. You have permission to republish this article under a Creative Commons license with attribution to the author and AnonHQ.com.