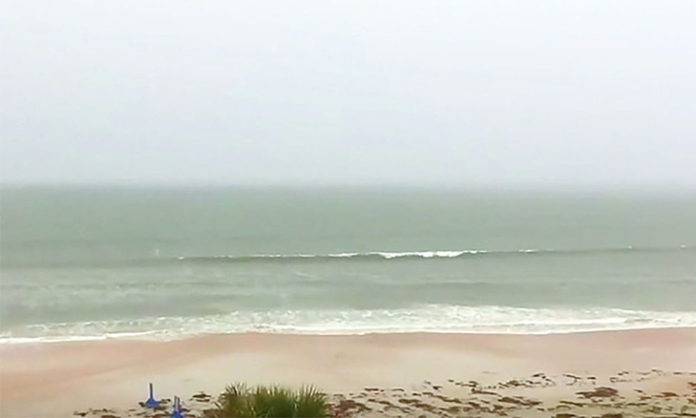 There are two kinds of people in this world—those who love thunderstorms and those who don’t. For some, the idea of waves crashing, loud thunder, and lightning that strikes hard is exciting, enticing and perhaps even calming. For others, it’s a frightening occurrence that is wished away immediately.

Whichever side you’re rooting for, it’s safe to say that photographs and videos of lightning striking are truly amazing. And some people are talented enough to capture these photos and videos at just the right time—like this man named Clint Blevins.

Clint was in Daytona Beach, Florida on the evening of a tremendous storm when he quickly grabbed his device in hopes of capturing the awesome flashes of lightening. And boy, did he deliver! He managed to capture several small lightning strikes as well as one massive one super nearby. Now, if you’re a fan of meteorology, you’ll know that it is extremely difficult to see or capture a nearby lightning strike and its effects.

What Clint managed to film was called a secondary lightning strike which is essentially several additional strikes after one main one. HowStuffWorks defines the occurrence by saying, “It is possible that the main strike can be followed by 30 or 40 secondary strikes. Depending on the time delay between strikes, we may see what looks like one long-duration main strike, or the main strike followed by other flashes along the path of the main strike.”

The cherry on the cake? He managed to capture one of these strikes so close, that it’s possible to see a line of long, burned air hanging in the sky!