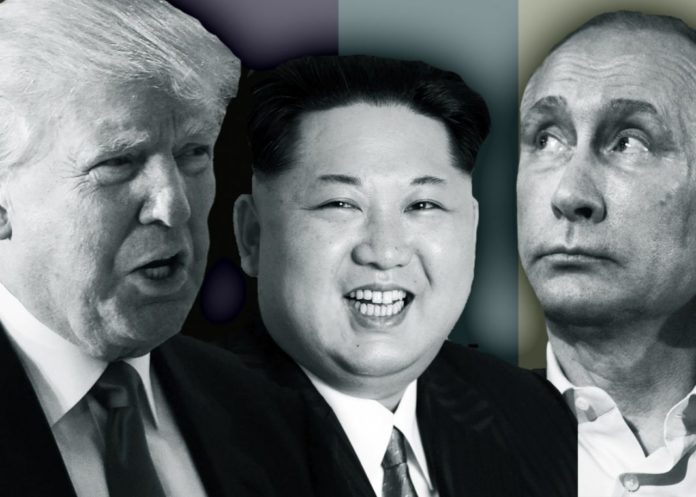 The “generic” statements that have been announced to the public by Trump and Putin have done little to raise sincere hopes of a resolution to the Korean Peninsula crisis. A phone call between US President Donald Trump and Russian President Vladimir Putin, however was said to have gone smoothly.

It’s the first phone call between the two presidents since the Syria Strike. The “business-like and constructive” call, described by Moscow, also discussed the ongoing civil war in Syria. Both agreed that a construction of safe zones in Syria will help to resolve the ongoing violence.

However, only a few months ago, President Bashar al-Assad refuted the proposition of US safe zones during an interview with Michael Isikoff, as a vain attempt until the containment of ISIS terrorists occurs.

Matthew Wallin, a senior fellow at American Security Project is also reluctant to accept safe zones as an answer. “The creation of safe zones without a plan to resolve the core issues of the conflict also risks perpetuating those safe zones,” he explained to The Independent. Saying the safe zones would produce “permanent refugee camps with no sustainable economy, and likely full of hunger, suffering, and recruiting opportunities for terrorists.”

Dr Steve Sestanovich, a professor at Columbia University and a Senior Fellow at the Council on Foreign Relations also disagrees that the phone call was evidence of progress on the Syrian crisis, much less the North Korean problem.

Also a former ambassador-at-large at the State Department, Dr Sestanovich, commented on the lack of discussion on the Syria Strike. “The entire chemical weapons controversy is ignored [in the statements] – no UN Security Council resolution, no international investigation, no warnings against further use, no reference to any of the parties in the Syrian civil war.”

Although Russia’s influence in the region is strong, further face-to-face talks between the two presidents on the North Korean matter isn’t due to occur until July, around the time of the G20 summit in Germany, Hamburg. According to the Kremlin, the scheduling of the meeting isn’t a guaranteed one but more of a ‘let’s try to find time’ circumstance.

Wallin suggests Russia’s influence will be helpful in swaying North Korea’s denuclearization but that China’s cooperation is more vital; and that there’s a question of whether both China and Russia truly want to use their power to pressure North Korean leader Kim Jong-Un. “Like China, Russia sees North Korea as a useful check on American power in the region,” Wallin explained, questioning if the two countries want to change the current situation.

Currently, the USS Carl Vinson is in Korean waters, conducting military exercises with its counterpart ally, South Korea. Chinese Foreign Minister Wang Yi has blamed the US as much as North Korea for the escalation of tensions, demanding the US halt any further military drills with South Korea and to “exercise restraint and avoid provocative rhetoric or action that would lead to miscalculation,” until peaceful negotiations with North Korea are attempted.

This article (Putin-Trump Phone Call Goes Smoothly, but Produces “Generic” Results) is a free and open source. You have permission to republish this article under a Creative Commons license with attribution to the author AnonWatcher and AnonHQ.com.