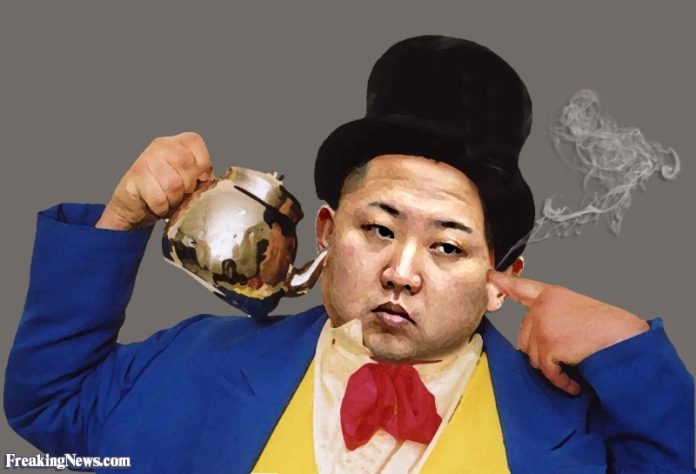 Melissa Hanham, an expert at the James Martin Center for Nonproliferation Studies commented “There is nothing about this rocket engine itself that makes me more terrified, but taken as a whole, it’s pretty clear that they are trying to give us proof of their growing missile program.”

Back in Washington you also have a leader with certain cravings for attention, President Donald Trump. Kim Jong-un’s latest March 18 display of his own cravings comes at the same time US Secretary of State Rex Tillerson made his first official visit to China, calling Trump’s bluff. Tillerson said a “different approach” needs to be taken with North Korea as other diplomacy measures over the last 20 years haven’t worked. Defence Secretary James Mattis’ has also said that everything is now on the table to deal with North Korea, including military intervention.

Trump said in his election campaign that China had “total control” over North Korea and that he was going to tell the Chinese to do their job and bring Kim Jong-un to his knees.

“China, they don’t like to tell us but they have total control – just about, of North Korea. They can solve the problem of North Korea if they wanted to, but they taunt us,” Trump has said.

But China doesn’t see it like that, reports Politi Fact. They’re concerned with North Korea’s reckless behaviour but they’re more worried about strategy; if North Korea’s regime collapses there will be an influx of millions of Korean refugees into China and thus, a humanitarian disaster on their doorstep.

“Do the parents have total control? Perhaps – they provide food and shelter. But the cost to the parents of using such leverage can be prohibitive – driving a child out of the house and away from the family,” Ross said. “China has much at stake in its strategic and economic relationship with North Korea. But is there total control? That is debatable.” But don’t take this as China not caring. China has on multiple occasions, both privately and publicly, denounced the actions of North Korea. The relationship between the two countries is strained.

The fact remains that Kim Jong-un simply doesn’t care about his people. While the elites of the country continue to live well, the majority of the country allegedly live in poverty.  North Korea has always lived by the ‘me first’ rule, refusing to take any diplomatic measures to counter their behaviour.

Kim called his latest rocket engine test “a great event of historic significance,” reported the KCNA. The “whole world will soon witness what eventful significance the great victory won today carries.” How true that statement becomes, only time will tell.

North Korea also claims this latest test was to advance their space and satellite-launching programme and is a peaceful test. But whether the coinciding to Tillerson’s visit to China has any merit, or if the test was peaceful, naming the day ‘March 18 Revolution’ was probably not in their best interests.

This article (“March 18 Revolution” Marks Advance in N. Korea’s New Rocket Engine) is a free and open source. You have permission to republish this article under a Creative Commons license with attribution to the author AnonWatcher and AnonHQ.com.