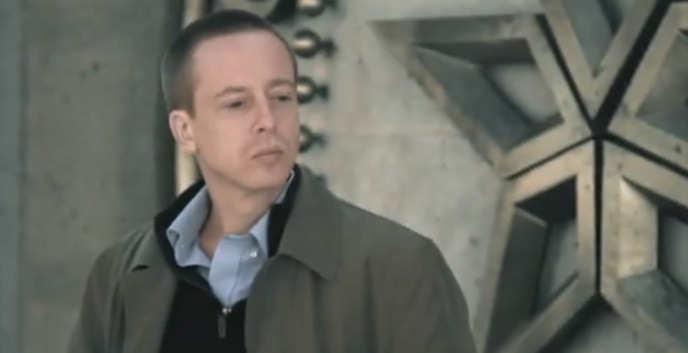 Barrett Brown is now working as a journalist for D Magazine, covering Dallas council meetings and local politics. Recently, he sat down with Reason TV to discuss his experiences with the federal prison system and current US politics and culture.

Ultimately, the sharing of a link to classified data in a chat room, obtained in a hack on private security firm Stratfor, saw Brown sentenced to almost 100 years in prison that was eventually reduced to 63 months.

Brown makes the insight that human nature dictates that we as a people become accustomed to our environment, when he speaks about his time in solitary confinement. But it’s perhaps also a nod to the current climate we face as a society on an international platform. Project PM, Brown’s crowdsourced platform was launched to investigate the murky waters of such organizations like Stratfor and HBGary amongst others. Ultimately, Brown’s PM team’s discovery of several firms joining together to form a conglomerate called Team Themis is what he believes landed him in prison.

One project of Team Themis’, Reason TV reports, was developed to construct ways and means to attack critical organizations of their work; such as WikiLeaks, Anonymous, or Glenn Greenwald. According to Brown, the Team Themis investigation placed him on the “fed’s radar.”

“It was about this large informal network of state and corporate contractors and intelligence officials who believed that we have too much freedom to speak out against US policy,” Brown said.


“We found executives and we found developers of these companies, and we found government officials colluding against the US public in ways that have no defence.”

When asked in what ways do these companies and officials collude in, ‘Persona Management’, Brown says, is the more disturbing means of controlling public opinion and public consciousness.

A contract was put out by US Central Command under the US Airforce to design software methodologies. These methodologies were employed “by which a single person sitting at a desk could control say 10 to 20 fake online people with names, backgrounds, histories; the software facilitates their conversations day to day.” Everything is remembered, recorded and categorized, to be used. It is this use of software that can drive our media coverage and alter public perceptions.

Because of these alliances with companies and the issues the media now face, Brown warns us that we’re in for a period of “extraordinary confusion” far beyond what we’ve ever experienced in the recent past. But perhaps there is a glimmer of hope – or at the least, the following years are going to prove interesting. Reason TV asks Brown to share his take on the world since it has become more “leakier,” particularly referring to WikiLeaks’ role in the election.

Brown acknowledges the Information Age now allows a single individual to leverage a situation. He doesn’t doubt the leaking will increase. He also doesn’t doubt the chaos it will bring and the new civil insurgents that will surface – much like Anonymous and WikiLeaks.

Brown intends to help the civil insurgents with his new platform called the Pursuance Project, applying the lessons he learned from his past work with Anonymous, to create a more systematic network for large and small projects to have “everyone on the same page.”

Anybody can collaborate with anybody on any reform, policy – anything, but in an organized manner. Brown hopes this will help people see their own political goals accomplished through support and collaboration with like minded people.

This article (Barrett Brown Discusses Future Plans to Combat Conglomerates’ Controlled Chaos) is a free and open source. You have permission to republish this article under a Creative Commons license with attribution to the author AnonWatcher and AnonHQ.com.