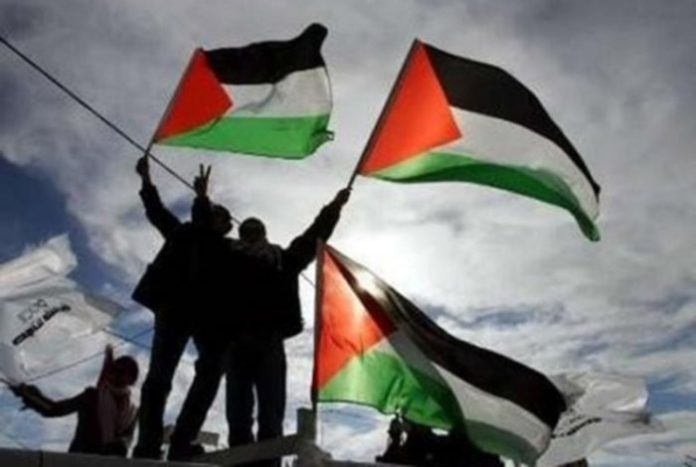 Israel is increasingly becoming isolated regarding the conflict with Palestine. But despite the isolation, Israel is still oppressing the Palestinians. Currently, some 430,000 Israeli settlers live in the West Bank and a further 200,000 Israelis live in East Jerusalem, which the Palestinians see as the capital of their future state.

The United States’ refusal to veto the resolution sparked outrage among extremist Zionists in both the United States and Israel against the then outgoing Obama administration. These extremists have consistently said there is no way there could be a Palestinian state living side-by-side with Israel.

However, many international actors believe the only solution to the decades-long conflict is an independent Palestinian state. As many as 153 lawmakers from both the lower and upper houses in France have submitted an official petition to the country’s president François Hollande, to recognize the State of Palestine as an independent country.

France recognized the State of Israel in 1949. According to the lawmakers, France should also recognize Palestine to allow the people of the territories to live their lives freely. The petition was written by Gilbert Roger, a French Socialist senator from the Seine-Saint-Denis district. Mr Roger also serves as the President of the France-Palestine Friendship Group. He said in the petition that it is unjust for France to advocate for a two-state solution to the Israeli-Palestinian conflict without recognizing both states. “As you yourself said, Mr. President, ‘only bilateral negotiations can be successful. It is therefore time for these negotiations to take place on an equal footing, State to State. France cannot officially advocate the two-state solution and recognize only one. Our actions must now follow our words. Mr. President, show yourself up to the challenge and do not miss this rendezvous with history, recognizing the State of Palestine from now on,” the petition addressed to President Hollande said.

President Hollande’s term of office ends this May. He has decided not to run for another term. The petitioners urged him to make history by recognizing Palestine in accordance with international law.

“France must demonstrate its determination to break the deadlock on this conflict [between Israel and Palestine] by solemnly reaffirming, in the name of the uniform right to self-determination, that the Palestinian people have the right to be granted the title of a State. It is a matter of respect for international law as well as of Israel’s security,” the petition stated.

In January this year, France hosted an international conference aimed at strengthening a global commitment to a two-state solution to the Israeli-Palestinian conflict. 70 countries attended the conference, but both Israel and Palestine failed to show. The Israeli Prime Minister Benjamin Netanyahu later described the conference as “futile,” complaining that Europeans and Palestinians had “rigged” the event against Israeli interests.

Mr Netanyahu visited President Donald Trump at the White House in February. As a strong proponent of Zionism, Trump promised his unflagging support for Israel. Although Trump called on Israel to pause occupation on Palestinian lands, he said he would support a one-state or two-state solution to the conflict. Currently, Jerusalem’s zoning committee is expected to approve permits for as many as 5,600 new homes in Jewish neighborhoods across the Green Line in the eastern part of the city. In 2016, some 1,506 housing units were approved for construction. Over 1, 000 homes were built by Israel on occupied lands in 2014 and 2015.

This forced seizure of Palestinian lands by Israel is complicating the conflict. The Palestinian authorities have consistently said Israel should stop the illegal occupation of their lands before peace talks can be held.

According to polls conducted in October 2016, 64% of people living in Israel, both Jewish and Arab, think peace will never be achieved between the two sides. Only 4% believes peace will come in the region in the next five years. President Hollande has not responded to the petition asking him to recognize Palestine. It is unclear what he will do. All we can do is wait and see. We’re monitoring the situation and will report on the latest.

This article (153 French Lawmakers Petition Country to Recognize Palestine’s Sovereignty) is a free and open source. You have permission to republish this article under a Creative Commons license with attribution to the author and AnonHQ.com.