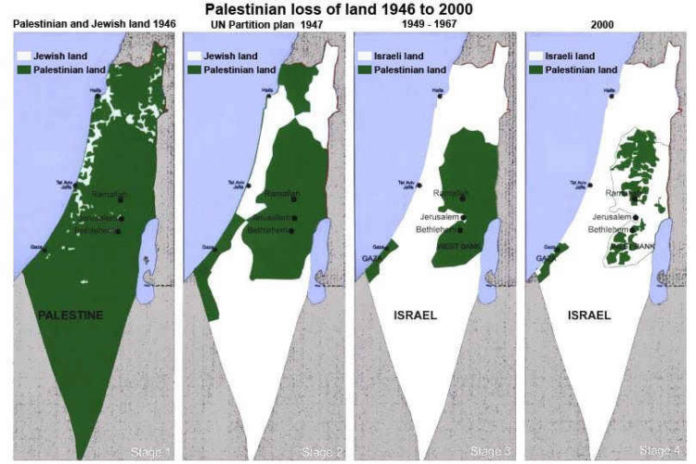 Currently, some 430,000 Israeli settlers currently live in the West Bank and a further 200,000 Israelis live in East Jerusalem, which the Palestinians see as the capital of their future state.

But despite the condemnations, Israel, backed by the United States, has blatantly rejected all calls to halt those settlements for the Palestinian people.

On December 23, New Zealand, Malaysia, Venezuela and Senegal put the issue to a vote at the Security Council, urging other members of the council to vote, demanding Israel to halt its illegal settlements on the territories of Palestine. Egypt was initially part of the nations pushing for Israel to stop the settlements, but it is said the country came under pressure from Israel and the United States president-elect, Donald Trump, not to take part in the voting. Trump had called on the United States to veto the resolution, but the Obama administration declined. But the resounding vote has been welcomed by many Palestinians, who say the International Community is now waking up to the reality of Israel’s aggression towards their territories.

The Chief Palestinian negotiator, Saeb Erekat told Reuters news agency after the vote, “This is a day of victory for international law, a victory for civilized language and negotiation and a total rejection of extremist forces in Israel. The international community has told the people of Israel that the way to security and peace is not going to be done through occupation … but rather through peace, ending the occupation and establishing a Palestinian state to live side by side with the state of Israel on the 1967 line.” The United Nations Security Council is composed of 15 Members—five permanent members and 10 non-permanent members who are elected for two-year terms by the General Assembly. The resolution was adopted by 14 members, except the United States. The announcement of the resolution was received by big applause from the 14 members.  Aljazeera reports that this is the first resolution the Security Council has adopted on Israel and the Palestinians in nearly eight years.

The resolution stated clearly that Israel’s settlements on Palestinian territory occupied since 1967, including East Jerusalem, have no legal validity. It demanded a halt to all Israeli settlement activities. The United Nations believes the halt to the settlements would strengthen the talks for a two-state solution between Israel and Palestine.

In Israel, extremist Zionists and political leaders voiced their displeasure for the resolution. Even the Prime Minister, Benjamin Netanyahu, who should have urged for peace, angrily insulted the integrity of the United Nations Security Council. He issued a press statement after the resolution was adopted saying, “Israel rejects this shameful anti-Israel resolution at the UN and will not abide by its terms.”

The Israeli Ambassador to the United Nations, Danny Danon also said his government had expected a United States veto of “this disgraceful resolution.” He called on the incoming Trump administration and the new United Nations Secretary General, António Guterres, to take a new stand on Israel’s relationship and the United Nations. Over the past few months, the United Nations has reported that there has been a surge in construction of Israeli buildings on some of these lands belonging to the Palestinians.

This article (UN Security Council Overwhelmingly Rules Israel End Illegal Settlements on Palestinian Lands) is a free and open source. You have permission to republish this article under a Creative Commons license with attribution to the author and AnonHQ.com.