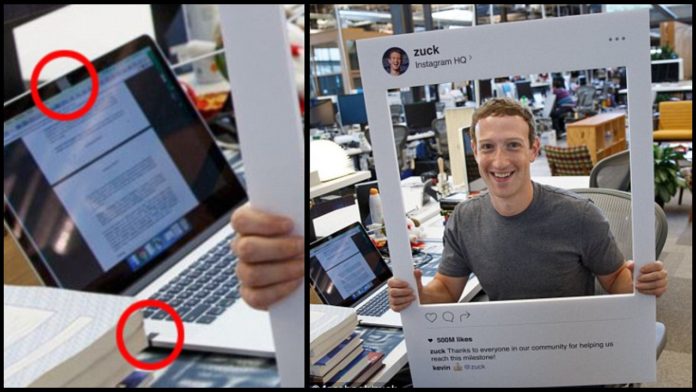 This just confirms what almost everybody knows. Our Pc’s can spy on Us. Smart move by the Zuck-man.

“After posting the photo online, several Internet users spotted and pointed out the tape covering his camera and audio jack on his Macbook at his desk. It’s rumored that skilled hackers are able to take over the front facing cameras on laptops when they’re not covered up. It appears as though Zuckerberg, who is worth $35.7billion, is trying to prevent that from happening by placing a piece of tape over his camera, making the webcam useless.”