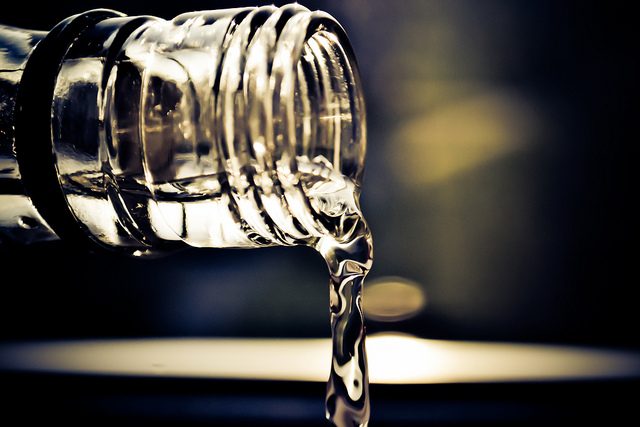 As the world becomes more conscious of the corruption within the pharmaceutical industry, alternative medicine has gained popularity. In light of this fact, we would like to share an age-old tonic recipe that will help you maintain your health and fight off common illnesses. Since its discovery – which is an interesting tale in itself – the Four thieves Tonic has been used in households across the world.

There are many speculations surrounding the origins of the tonic, making it near impossible to determine what truly occurred. However, despite the uncertainty of the tale, hundreds of thousands of people worldwide still make and use the Four Thieves tonic, and swear by its effectiveness.

During the great plague of London, in the year 1066, four thieves plundered the homes of the dead and the dying, confident that they would not contract the deadly disease. Upon their eventual capture and conviction, the four thieves offered to reveal their secret of evading the virus in exchange for their freedom.

According to this particular rendition of the tale, the thieves had carried about their possessions a sponge soaked in a vinegar solution, spiced with herbs and other natural ingredients. Soon after, apothecaries announced the latest curative of the plague, called “Four Thieves Vinegar.” The tonic remained on the market, even long after the plague’s disappearance.

Although this tale has likely become skewed – as has the original recipe – the Four Thieves Tonic, also know as the master tonic, is still widely used as a treatment for viral, bacterial, fungal and parasitic conditions. Some even regularly use the tonic to strengthen the immune system during cold and flu seasons.

The following recipe was obtained from Earth. We Are One.

2 fresh peppers, the hottest you can find

1) Combine all the dry ingredients in a bowl.

2) Transfer the mixture to a mason jar.

3) Pour in some apple cider vinegar and fill it to the top. It is best if 2/3 of the jar consists of dry ingredients.

5) Keep the jar in a cool and dry place for 2 weeks. Shake well several times a day.

6) After 14 days, strain the liquid through a plastic strain. For better results, put a gauze over it. Squeeze well to ensure all the juice comes out.

Extra Tip: To reduce waste, the dry mixture can be used to spice up a number of dishes. Oriental dishes, especially.

1) Caution: The tonic is very strong in flavor and is very hot.

3) Increase amount every day until you reach a dose of 1 small glass per day (liquor glass).

4) If suffering with a more serious disease of infection, take 1 tablespoon of the tonic 5-6 time per day.

5) The tonic is safe for pregnant women and children – doses must remain small.

Garlic: One of the oldest cultivated plants in the world, garlic has been regarded as a well-trusted remedy for a number of conditions throughout the course of history. Although its usage predates written history, Sanskrit records document the use of garlic remedies approximately 5000 years ago, reports the BBC.

In addition to being a great sources of vitamin B6 (pyridoxine), garlic is also a good source of manganese, selenium and vitamin C, phosphorous, calcium, potassium, iron and copper. However, garlic’s ability to successfully treat bacterial, fungal and viral infections is a result of a compound called allicin, which is a powerful natural antibiotic – about one-fiftieth as powerful as penicillin.

Onion: A close relation to garlic, the onion has long been used as a remedy for coughs, colds and catarrh, especially asthma. These curative properties, have recently been attributed to a compound called allyl propyl disulphide.

Horseradish: This powerful herb has long been used to relieve sinus problems. Horseradish encourages the body to get rid of mucus, making it an ideal treatment for common colds, influenza, and lung congestion.

In addition, horseradish has a mild natural antibiotic effect, and it stimulates urine production.

Ginger: In addition to its well-know ability to relieve digestive problems, ginger can stimulate circulation, soothe burns and encourage perspiration.

Chili Peppers: Rich in various vitamins and minerals, chili pepper’s health benefits have been linked to pain relief and may even help protect against various chronic diseases.

Turmeric: Although this spice is best known for its antibacterial and anti inflammatory properties, studies have found that turmeric may help fight against cancer, liver damage and dementia.

Apple Cider Vinegar: Believed to cure everything from flu to warts, apple cider vinegar has long be praised for its health benefits. Although more research is needed to determine its true effects on such conditions, some experts believe it can aid with diabetes and blood sugar control.

This article (The Master Tonic: The Natural Antibiotic Solution for Killing Infections and Strengthening the Immune System) is a free and open source. You have permission to republish this article under a Creative Commons license with attribution to the author and AnonHQ.com.