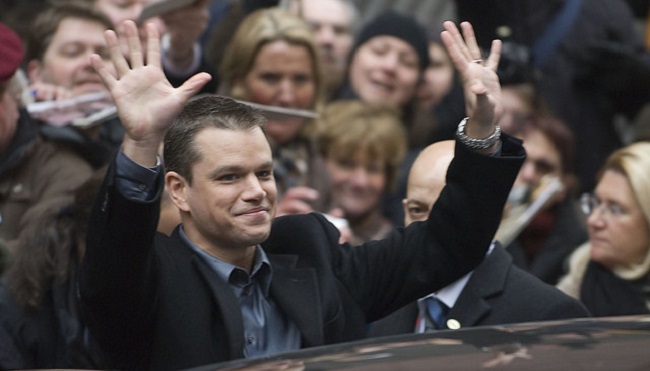 Damon makes some crucial points in this passionate rant against the system, and what he calls a “topsy-turvy” world.

“I start from the supposition that the world is topsy turvy. That things are all wrong,” begins actor and writer Matt Damon in this powerful speech calling on people to question authority.

“That is not our problem. Our problem is civil obedience.”

“Our problem is the numbers of people all over the world who have obeyed the dictates of their governments and have gone to war. And millions have been killed because of this obedience. We recognize this from Nazi Germany,” Damon says, referring to blindly obedient citizens as “herd-like people”. “We know that the problem there was obedience. That the people obeyed Hitler. People obeyed. That was wrong. People should have challenged it, they should have resisted. And if we were only there, we would have showed them.”

Or would we? There’s food for thought.

Damon’s message is that blind obedience to authority is not necessarily the ethical choice. Obedience can’t replace your moral compass. In fact, it’s the root cause of all the millions of young lives wasted in senseless wars throughout the ages.

“The rule of law maximizes injustice. The rule of law is the darling of the leaders and the plague of the people. We ought to begin to recognize this. What we are trying to do is to get back to the principles, the aims and the spirit of the Declaration of Independence. This spirit is resistance to illegitimate authority.”

Damon advocates disobeying laws that do not serve the greater good or go against basic morality: those new, but increasingly common injustices, like jailing the kind-hearted people who feed the homeless or prosecuting people for collecting rainwater. Like trying to sue those who choose to grow vegetables on their lawn, or making parents’ lives hell for preventing them from giving cannabis oil to their sick child–  a child whose life could be saved if the plant were decriminalized (…globally). Damon thinks we should stand up against all these injustices and more.

But, he says, it doesn’t stop there. Above all, we must stop obeying the call of corrupt, lying leaders to go fight against other innocent human beings in endless, bloody wars that simply make no sense, and don’t benefit anyone except the arms dealers, the rebuilding contractors, and the oil corps. We must stop making war, and we must stop believing that to honor the fallen we have to buy into the government and the mainstream media’s glorification of war.

This article (Matt Damon’s Anti-War Speech: “What We Need Is Civil Disobedience”) is free and open source. You have permission to republish this article under a Creative Commons license with attribution to the author and TrueActivist.com.