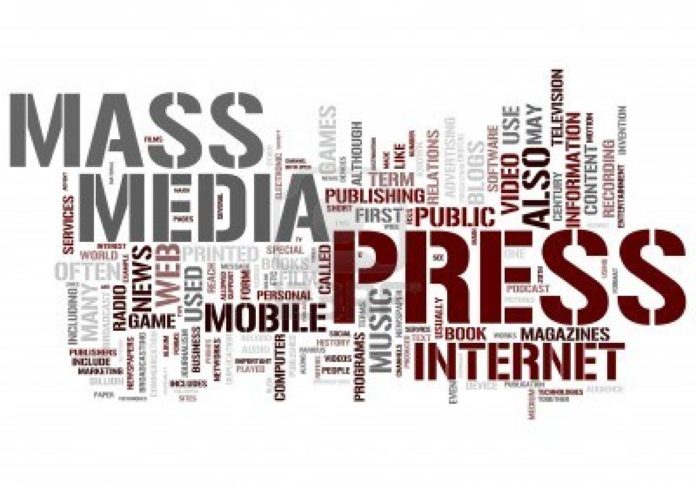 By now most of us are aware that the mainstream media cannot be trusted, especially in the United States. Even the average citizen who doesn’t put much thought into the matter will commonly joke that you cannot believe what you hear and see in the media. And yet, when it comes to critical issues, it seems many will hang on a reporters words, absorbing every detail, and immediately assuming it’s accurate. After all, if a major news network such as CNN says it’s true, then it must be, right? Not exactly.

Television and all other forms of modern media have become a tool of de-evolution, propaganda, and social control. Unlimited resources have been applied to understanding how to manipulate the human psyche through the media, and today we have an increasingly sophisticated full-spectrum of assault on our free will, and psychological well-being. In some cases, the mainstream media goes as far as putting the welfare of the U.S. citizens in jeopardy, as well as those around the world.

Here are some examples outlining ways in which the mainstream media manipulates society, either through cover-ups, altering stories, or blatant lies.

And in this clip of CNN’s coverage of the Gulf War, anchorman Charles Jaco makes a joke of the war coverage in Saudi Arabia, demonstrates how the news is over sensationalized for American audiences, as well as how hosts pretend to be in danger when in fact, they are not.

If the information provided so far does not insight a sense of concern for you, the situation with Russia and the media’s coverage, or lack thereof, should do the trick. As tensions between the U.S. and Russia escalate, we find ourselves building up to a possible third world war while the media keeps the situation hushed to American audiences.

As NATO prepares to invade Russia, the mainstream media in the U.S. hides these preparations. The early phases of these preparations have spurred Russia into making counter-preparations of their own, but unlike the precipitating events on America’s side, which are not reported on, Russia’s actions do receive press-coverage in the West. This, of course, presents Russia as the aggressor, which it is not.

It may very well be that we have reached an age in which the only way to spread the news is now via word-of-mouth, and social media. Newspapers, magazines, books, TV, and radio don’t provide any means of verifying the reliability of their cited sources. The idea that we are being lied to is no longer reserved for the paranoid. The institutions we should be able to depend on for bringing us an objective view of the world are now corrupt, and their views are anything but objective.