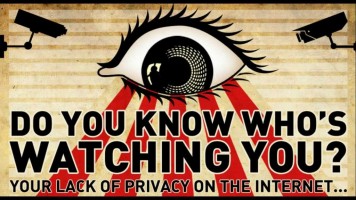 If you are a regular Anonymous reader, you are well aware of the threat of mass surveillance and government intrusion. However, you seldom hear about the men who allow all of this surveillance to occur. I am not talking about all the presidents and corrupt politicians who run the government, but rather the multi-billion dollar industry which engineers hardware/software for governments.

As the article will soon demonstrate, the people physically responsible for mass surveillance are not government officials themselves, instead, they are private companies. Technically, this provides the necessary loophole for government agencies to get away with such actions. According to the Wall Street Journal, the international world of international surveillance is a 5 billion dollars per year industry. Some of the budgets of offices—such as the CIA—remain classified, but some have ventured to say that of the 8 billion dollar annual budget allotted to the NSA, up to 70% of this could be allocated to outside contracting. The following is an introduction to the companies profiting from mass surveillance, and the industry which makes mass government surveillance possible.

Hacking Team is a group of 50+ people famous for making Malware and remote control systems that can secretly hijack mobile devices, access private emails, record Skype calls and even activate your computers web cam. Last year, Hacking team was hacked, and its client list was published online by Wikileaks. The client list included the FBI, DEA and multiple drug enforcement agencies, with noted plans to extend their services to other United States law enforcement groups.

In addition to working for the FBI and other government organizations that have zero restrictions preventing them from capturing data from citizens, the data dump revealed that the Hacking Team worked directly with the President of Sudan, who is wanted by the International Criminal Court for crimes against humanity. Oman, Ethiopia, and Saudi Arabia—all of which are clients of Hacking Team—are among the other countries known for humanity rights violations. In total, Hacking Team has been employed by over twenty different countries seeking to purposefully spy on civilians.

Narus is an Israeli based company which went on to open a branch inside the United States after they received a lucrative funding contract from the NSA. Narus is best know for creating something known as deep packet inspection. This software works by inspecting any information/email as it passes through any given network – essentially acting as a giant email botnet. The technology is said to be able to track the sender, the receiver and all the data within an email. The company then sends all this information directly to the United States government.

“With a telecom wiretap the NSA only needs companies like Microsoft, Google, and Apple to passively participate while the agency intercepts, stores, and analyzes their communication data. The indirect nature of the agreement would provide tech giants with plausible deniability. Having a foreign contractor bug the telecom grid would mean that the NSA gained access to most of the domestic traffic flowing through the U.S. without technically doing it themselves.” Must Read Full Story: http://www.businessinsider.com/israelis-bugged-the-us-for-the-nsa-2013-6

Originally founded in Israel, Varint is another company that was later moved to the United States after receiving contracts from the government. Much like Narus, the company was given access to United States communications established networks. As one whistle blower from the organization testified, “Anything that comes through (an internet protocol network), we can record.“ Unsurprisingly, the founder of Varint is now wanted as a fugitive, and is believed to be hiding out in Namibia. He is wanted by the United States government, the same government which hired him, for various financial crimes committed during his time working there.

“It is well-known that the two largest American telecom companies AT&T and Verizon collaborated with the US government to allow illegal eavesdropping on their customers. What is less well-known is that AT&T and Verizon handed “the bugging of their entire networks — carrying billions of American communications every day” to two companies founded in Israel. Verint and Narus — conducting mass surveillance on both international and domestic communications 24/7,” and sifting traffic at “key Internet gateways” around the US.” Full Story: https://electronicintifada.net/content/how-israel-helps-eavesdrop-us-citizens/7788

Noticing a trend? The NSO Group was originally established as an Israel agency, however, the group later added ties with the United States. According to documents released by WikiLeaks, when Ricardo Martinelli was elected as President of Panama, he reached out to America’s FBI and DEA for spy equipment to use in his country. The US government was ready to help with the equipment until the Panamanian embassy stepped in an vetoed the deal, citing the fact that the president was going to use the equipment to illegally spy on his political opponents, rather than national security concerns. When Martinelli could not hire the United States, he turned to the international market and hired the NSO group.

Martinelli and his newly hired NSO group, went to work spying on political rivals, journalists, judges, cabinet members, business insiders, US embassy officials, even Catholic Church Bishops. In 2014, Martinelli’s presidency came to an end, and federal prosecutors charged him with using public tax dollars to fund an illegal espionage agency. To no one’s surprise, Mr. Martinelli has disappeared and can not be found for sentencing. Consequently, Ricardo Martinelli is also wanted in Rome for illegally wiretapping that Bishop.

Although there are several other businesses, these are a few of the major players involved. Believe it or not, there is even an annual gathering of people in the industry, called The Intelligence Support Systems Conference, where vendors can legally met with international law enforcement officials. This year, the event will be held in Washington, DC.

Anyone else thinking a protest of the event and a boycott of Marriott for sponsoring illegal/unconstitutional mass surveillance, is in order? Maybe think of it as a tune up for the Million Mask March 2016?

Article Inspired by the Podcast produced by P.J. Topia for the PBS New Network: https://soundcloud.com/pbsnewshour/meet-the-private-companies-that-sell-spy-tech-to-nsa-and-iran

This article (Meet The Companies Profiting From Mass Government Surveillance) is free and open source. You have permission to republish this article using a Creative Commons license with attribution to the author and AnonHQ. Join the conversation at www.anonboards.com