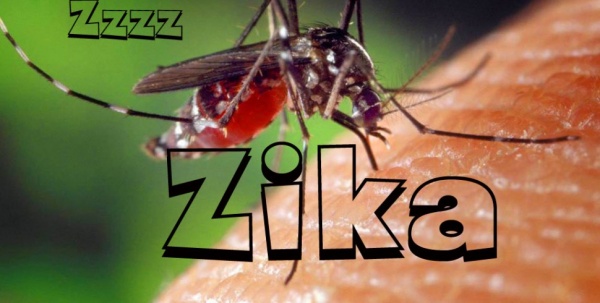 The World Health Organization (WHO) has said that up to four million people could be infected with the Zika virus in the Americas by the end of this year.

The Zika virus is spread by mosquitoes. It has been linked to brain defects in babies. The current outbreak is primarily in the Americas, with Brazil being the worst affected country.

Brazil is due to host the Olympic Games this year. The disease seems to be threatening the Games. However, the head of the International Olympic Committee (IOC), Thomas Bach, has said steps are being taken to protect the Games in Rio de Janeiro. The IOC is issuing advice on how to keep athletes and visitors safe in Brazil during the Games.

Director-General of the WHO, Dr Margaret Chan, said Zika had gone from a mild threat to one of alarming proportions. She revealed that WHO has set up a Zika emergency team, in response to the explosive spread of the virus. In a statement to the executive board meeting of the WHO, Dr Chan outlined the measures that have been put in place so far to ensure the disease is brought under control.

“The level of concern is high, as is the level of uncertainty. Questions abound – we need to get some answers quickly. For all these reasons, I have decided to convene an Emergency Committee. I am asking the Committee for advice on the appropriate level of international concern and for recommended measures that should be undertaken in affected countries and elsewhere,” she said in the statement.

Observers have said it is likely that the Zika outbreak will be declared a Global Public Health Emergency. The last time an international emergency was declared, it was for the Ebola outbreak in West Africa, which killed more than 11,000 people. Shortly after the spread of the disease, critics blamed the WHO for not acting early enough to help stop the spread of the disease. The organization is therefore taking the necessary measures to avoid what happened during the Ebola outbreak.

Brazil first reported the Zika virus in South America in May 2015. The virus has since spread to more than 20 countries in the region. The WHO officials have estimated that between 500,000 and 1.5 million people have been infected with the Zika virus in Brazil. The Zika virus is spread by the Aedes aegypti mosquito, which also carries dengue fever and yellow fever. The disease was first detected in Uganda in 1947, but is now spreading in Latin America.

Scientists have also said there is growing evidence of a link between the Zika virus and microcephaly, babies born with abnormally small heads, and a rare nervous system disorder known as Guillain-Barre syndrome.

The BBC’s reporter, David Shukman, reporting from Recife in north-east Brazil, said doctors in the city have been overwhelmed by cases of microcephaly. He said one hospital in the city had gone from dealing with an average of five cases a year to 300 in the past six months. Symptoms of Zika include fever and rashes, but most people show no symptoms. Currently, there is no known cure for the disease. The only way to fight Zika is to clear stagnant water where mosquitoes breed, and protect yourself against mosquito bites.

Meanwhile, the United States has said it will begin human vaccine trials for the disease by the end of this year. Officials from the National Institute of Health said they have two potential Zika vaccines in development.

The Centers for Disease Control also confirmed that there had been 31 cases of the Zika disease in the US. It further added that all the cases were linked to travelers who had returned from affected areas in South America.

This Article (WHO Predicts Up To 4 Million People To Be Infected With Zika Virus In The Americas By The End Of 2016) is free and open source. You have permission to republish this article under a Creative Commons license with attribution to the author and AnonHQ.com