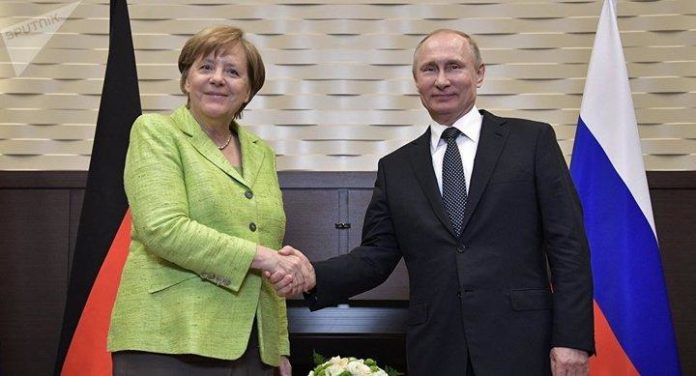 SOCHI, Russia – Russian President Vladimir Putin has had a busy week, first talking with President Donald Trump over the phone, and now renewing dialogue with German Chancellor Merkel in talks held this week in Sochi, a Black Sea resort city.

The talks were to focus on the upcoming G20 summit scheduled for July in Hamburg, Germany. Although EU-Moscow ties have plunged to an all-time low since the post-Cold War era, Putin has recently emphasized the need to see ties “fully normalize” again.

The last visit by the German Chancellor was in 2015, however Merkel snubbed the 70th anniversary parade of the World War II victory in the Red Square – as did most Western leaders – marking the increased tensions against the Russian superpower.

Chancellor Merkel, in this week’s meeting, amongst discussing the continuing crisis in Ukraine, called on Putin to ensure protection for the minority groups in Russia, for LGBT people in Chechnya, and those of minority religions – such as the recently banned Jehovah’s Witnesses that Russia placed in the same category as the Nazis and ISIS. She also raised the importance of free speech in light of the protesters recently arrested by Russian riot police after dissent broke out against the Russian government.

“It’s important to have the right to demonstrate in a democracy, and the role of NGOs is very important,” Chancellor Merkel said.

Chancellor Merkel raised the capture and torture of an alleged 100 gay men in Chechnya, which the Kremlin backs the Chechen government’s denials, saying they have no evidence supporting that the investigations conducted by media and human rights groups were correct.

However, Putin fired back, “Russia’s law-enforcement bodies behave in a far more restrained manner than their colleagues in other European countries,” he said without naming the countries he referred to.

In turn, Putin also condemned the use of chemical weapons by any party in the Syrian conflict. He called publicly for an impartial investigation, referring to the Russian attempts to have the UN employ further independent investigations in conjunction with the Organisation for the Prohibition of Chemical Weapons (OPCW) only days before Trump’s military destroyed the site in a 59 Tomahawk missile attack.

“Those guilty must be found and punished, but this can be only done after an impartial investigation,” President Putin said. “A solution in Syria can be only found by peaceful means and under the aegis of the United Nations.”

Journalists couldn’t resist asking Chancellor Merkel during the tense meeting if she worried about Russian meddling with the future German elections. Although Chancellor Merkel was gracious in her answer that false information would be dealt with swiftly, Putin quickly interjected, calling the Russian US election interference as “rumours.”

This article (Merkel-Putin Meeting Places Civil Rights in the Spotlight) is a free and open source. You have permission to republish this article under a Creative Commons license with attribution to the author AnonWatcher and AnonHQ.com.