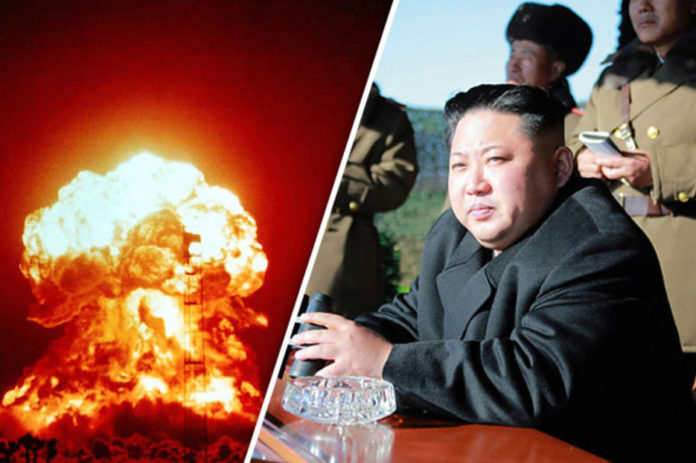 All the signs of a looming war on the Korean peninsula are surfacing. Watching as each country moves strategic pieces into place, it isn’t difficult to accept those wild claims of Villegas or even now deceased Vanga that a nuclear World War III is looming on the horizons. But unlike past World Wars, although there will be ground troops, the battle is likely to be fierce, brutal and quick. It will also be globally devastating both on the environmental and economical levels.

This isn’t an confined, years’ long proxy or civil war, like Afghanistan, Yemen, Iraq or Syria. This is a ‘real’ war with real global consequences. With 3 superpowers drawn into the mix, other nations will be coerced into choosing sides. So, what do the chess pieces look like so far? Unless you’re off grid and only consider newspapers good for fire kindling, South Korea’s and the United States’ position is well documented. Both are allied to the other, THAAD is verging on being plugged into a power source and North Korea is antsy towards the evil western axis.

But the Devil is in the details. It’s the surrounding nations and their actions that are starting to give away part of the real story. The citizen will be the last to know; so it is important to understand what the ‘other’ nations are doing.

In a nutshell: (For those limited in time)

China has reportedly told its citizens living in North Korea to waste no time returning home; the US tested its Minuteman 3 – a nuclear-capable ICBM of travelling 8,000 miles to North Korean shores this week. The test, launched from California, was successful. The Japanese have told its citizens they will likely only have a “ten minute” warning of a pending nuclear strike against them, but to find shelter in the most solid building they can find. Australia is witnessing a rotational deployment of US troops to the north of the country. In depth: (But still only scratching the surface)

Firstly, the Chinese are desperate to avert a war. Economically, it would put them back behind the eight ball as they deal with an influx of refugees over the border and the very real threat of a devastating war. Only this week, after many pleas to both the US and North Korea to refrain from escalating already decades-high tensions, Chinese officials told them to “stop irritating each other.” The pragmatic Chinese, it seems, are starting to lose their patience.

However, the meeting between President Trump and President Xi Jinping – to have China exert hostile and austere economic pressure against North Korea to force them into ceasing their nuclear programme, may have fallen somewhat on deaf ears.

Although China doesn’t want radioactive fallout and refugees on its borders, do they really want their neighbor giving up their nukes when it keeps the US in check and their region a buffer against the West?

Couple this with the South Korean economy ‘sanctioned’ heavily by the Chinese over the THAAD deployment, what are the real intentions?

Japan too, is talking up the 2020 goal of an active Japanese military; planning on shedding the promise of pacifism to remilitarize. Already, governments over the years have loosely defined the Japanese war deal made after the Nagasaki and Hiroshima bombings – to never instigate a war again –  as permissible to have a defensive army. But with the threat of ICBM provocation from the DRPK, will they preempt an attack? Reading between the lines, the Japanese issued a warning to their citizens to prepare for a nuclear attack. They were told to keep a solid, nearby building in mind to take cover in and announced that they would have no more than a ten minute warning of an impending nuclear strike.

Sales have soared in Japan for essentials that would help to keep the citizen safe in such an event, but rightly so. Given the North Korean State issuing this warning on May 4, 2017:

““In case of a nuclear war on the peninsula, Japan that houses logistic bases, launching bases and sortie bases of the U.S. forces will be put under radioactive clouds before any country,” state run Rodong Sinmun newspaper said. “If Japan is truly concerned about its interests, it has to make due efforts for the peaceful settlement of the Korean peninsula issue.”

And Australia isn’t immune to the chess pieces moving into place, either. A strategic location in the Indian Ocean; US marines are amassing in the Northern Territory and are ready “for anything.” Under the guise of rotational training and deployment, 1,250 troops touched down in Darwin in mid-April for the sixth annual rotation.

Although the first rotation was announced in 2011, 2017 will also see the largest “fleet of military aircraft” arriving. With the Australians reminded by the more outspoken local journalists that the nation has never been impartial – or neutral – in war, and the close quarters of the Asia Pacific, the reminder is sobering.

But This Doesn’t Mean Outright War – Not Yet Anyway

For the moment, China is calling for the US and North Korea to negotiate peacefully. The unpredictable Donald Trump has said it would be an “honour” to meet with Kim Jong-un, but Spicer downplayed the comment as unlikely to come to fruition “any time soon.”

But when President Trump starts reaching out to those like President Rodrigo Duterte of the Philippines to ensure they are “on the same page,” then one must start to wonder.

However, even Duterte has advised the US to back away from Kim Jong-Un.

“It would be good for America to just restrain a little bit and if I were President Trump, I’ll just back out, not really in surrender and retreat, but just to let the guy realise that, ‘Ah, please do not do it’,” Mr Duterte said, worried about an Asian nuclear holocaust.

This article (World War III Uncertain but World Leaders Prepare in Case) is a free and open source. You have permission to republish this article under a Creative Commons license with attribution to the author AnonWatcher and AnonHQ.com.