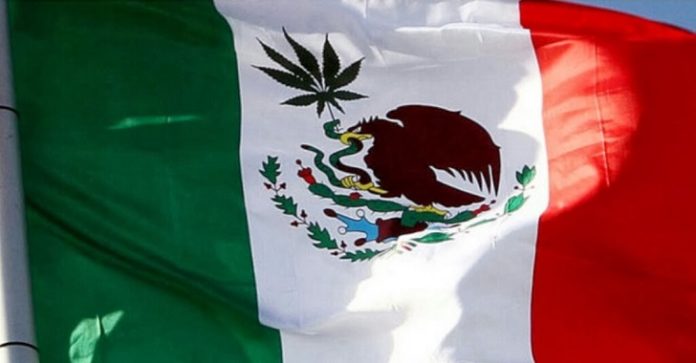 San Diego, CA — The Mexican Supreme Court just paved the way for nationwide cannabis legalization after voting 4 to 1 that prohibition of personal consumption and cultivation of the plant violates constitutional rights.

In fact, the highest court in the land concluded that cannabis prohibition “violates the right to free development of one’s personality,” as the Drug Policy Alliance stated Wednesday in a press release.

“This vote by Mexico’s Supreme Court is extraordinary for two reasons: it is being argued on human rights grounds and it is taking place in one of the countries that has suffered the most from the war on drugs,” explained Hannah Hetzer, Senior Policy Manager of the Americas for the Alliance. “Uruguay became the first country to legalize marijuana, Canada is expected soon to follow suit, medical marijuana initiatives are spreading throughout Latin America and the Caribbean, and marijuana is legal in a number of U.S. states. Now with this landmark decision out of Mexico, it is clear that the Americas are leading the world in marijuana reform.”

Mexico’s first legal medical marijuana patient made headlines around the world in September when her parents were granted the right to treat her Lennox-Gastaut Syndrome with cannabidiol medication. Eight-year-old “Grace” had suffered nearly 400 epileptic seizures daily — preventing her from walking, attending school, or even speaking.

This ruling by the highest Mexican court further weakens the brutal and notorious drug cartels that have plagued the country with violence, paves the way for legal recreational use, and — hopefully — sets the example for its northern neighbor, the United States.

This article (Mexican Supreme Court Rules Prohibition of Cannabis Unconstitutional) is free and open source. You have permission to republish this article under a Creative Commons license with attribution to Claire Bernishand theAntiMedia.org.