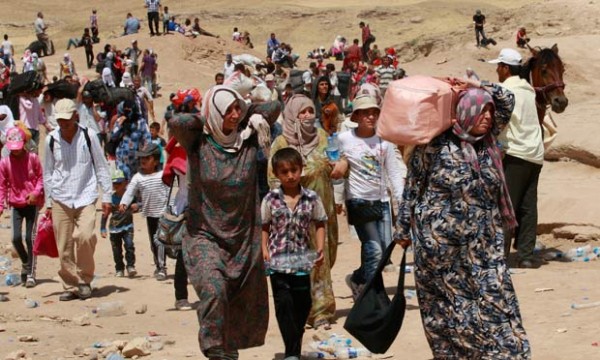 The Second World War broke out across Europe in September 1939. During this period, many suffered persecution at the hands of Nazi Germany led by Adolf Hitler and his collaborators.

Particularly for the Jews, Germany became a complete hell. In what has become known as the Holocaust, historians estimate that approximately six million Jews were killed by Adolf Hitler’s Nazi regime and its collaborators across Europe.

When the United States decided to officially enter into the war after the Pearl Harbor Attack by the Imperial Japanese Navy at the territory of Hawaii, many Jews wanted to escape the brutalities of Hitler to a new sanctuary. But due to tight quotas and restrictions by the US Congress, it became somehow difficult for many Jews to migrate successfully to the US. However, in 1944, the 32nd President of the US, Franklin Delano Roosevelt (FDR) devised an intelligent way to still get some Jews into the US.

In the small town of Oswego in the State of New York, FDR was said to have converted a 1812 military base into a refugee camp and invited 982 Jews fleeing Europe to live there as his personal guests. That saved them from being killed in Europe. The place became known as the “Safe Haven” in America. The townsfolk adopted its newest members, introducing them to American cooking and baseball. Soon, they were integrated fully into the American society.

Till today, the building has been converted to serve as a Holocaust museum in the city. Many regard it as the only Refugee Camp in America during World War II. So when John Sewell, the former mayor of Toronto, Canada visited the city of Oswego this year and was directed by a local fisherman to the Holocaust museum, he took inspiration from FDR and how the refugees were quickly given a new life in a new environment.

And trying to relate it to the current refugee crisis in Europe as a result of the Civil War in the Middle East, Sewell decided to replicate what he has seen and learnt in Oswego back in Toronto.

If the American president could do that, why not the city of Toronto? And if the townspeople of Oswego, why not his neighbors on Hilton Avenue north of the Annex?

According to the Good News Network, after Sewell returned to Toronto, he called a meeting in his neighborhood and discussed what he had seen in Oswego. They then came up with the project “Lifeline Syria”.

So far, some households have signed up to the project to help sponsor some Syrian refugees. They call themselves the Hillcrest Sponsorship Group. Some told reporters that the idea by Sewell was something they could not in any way turn down.

“You can’t really say no to John and his wife Liz when you see how much they do every day. It’s really simple. It’s our turn to help out”, a resident taking part in the project said.

It is very refreshing and heartwarming to hear a story like this. Maybe we could all start doing something small that we can to support the people who have been caught as victims of the situation. Let us extend our hands to pull out those who are on the verge of falling into the pit. They need us very badly.

This Article (Residents Of Toronto Take Inspiration From 1944 America To Help Syrian Refugees) is free and open source. You have permission to republish this article under a Creative Commons license with attribution to the author and AnonHQ.com